The United Nations Secretary-General has welcomed an agreement signed on Wednesday by the President of South Sudan and his former Vice President, which it is hoped will lead to an “inclusive and implementable” peace deal to end years of civil conflict in the world’s youngest nation.

President Salva Kiir, and his rival and former deputy, Riek Machar, reached an agreement in the Sudanese capital Khartoum, which according to reports, includes a ceasefire between government and opposition forces that is due to begin within 72 hours.

Previous efforts to end fighting between the rival forces since 2013 around South Sudan have failed, leaving tens of thousands dead, and around four million either internally-displaced or forced to flee to neighbouring countries. The humanitarian crisis has left millions without enough to eat, and led to famine in parts of the country.

In a statement issued by his Spokesman, UN chief António Guterres said that Wednesday’s agreement had been signed “at a time when the security situation in parts of South Sudan continues to deteriorate, marked by violations of the Cessation of Hostilities Agreement of December 2017, with killings of civilians and other atrocities.”

“He therefore, welcomes the Parties renewed commitment to redouble their efforts in the interest of peace,” the statement continued.

Mr. Guterres also commended the continuing efforts of the so-called High Level Revitalization Forum which first met in December last year, under the auspices of the African regional development forum, known as IGAD. Together with the UN and the African Union, IGAD has been working for years to facilitate the peace process.

“Welcoming the intention of the parties to continue negotiations to finalize the IGAD bridging proposals”, the statement from UN Headquarters in New York said, “the Secretary-General urges all parties to demonstrate the political leadership required at this critical juncture of the peace process and engage to reach agreement on the outstanding issues of governance and security arrangements.”

The UN chief pledged to support the leadership and the people of South Sudan, 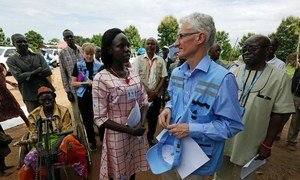 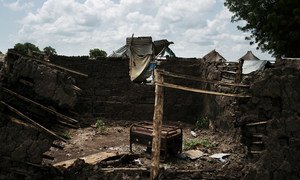