Speaking in Geneva, Mark Lowcock, who is also UN Under Secretary-General for Humanitarian Affairs (OCHA), said that five years of civil war had left 7.1 million people, or more than half the country’s population, in need of humanitarian aid.

Repeated negotiations have broken down to resolve fighting between troops loyal to President Salva Kiir and his former deputy Riek Machar, including recent peace talks in the Ethiopian capital, Addis Ababa, held under the auspices of the African regional forum, IGAD.

This had rendered formerly fertile areas of the country barren, amid murder, rape and other grave human rights violations, the UN official said.

He noted “another round of failed talks” in Ethiopia and declarations of ceasefires which were “a fiction because the fighting continues”.

On the issue of international funding, Mr. Lowcock said that he believed that there was no question of cutting aid, although donors wanted to be sure that the funds were not “instrumentalized” as he put it, by the warring parties.

Foreign Governments, including the combined countries of the European Union, are also seeking to improve safety for humanitarian workers and get the “men with guns to behave differently”, the UN official said, adding that despite the insecurity, aid workers still managed to reach “about 2 million people” in the last month.

Without this assistance, the situation “would be much worse”, Mr. Lowcock said, adding that South Sudan remains “the most dangerous place to be an aid worker”, having claimed the lives of 100 humanitarians since fighting began in 2013.

While visiting South Sudan in recent weeks, the Emergency Relief Coordinator said that many high-level country representatives had told him that “things can’t go on like this”.

Above all, Mr. Lowcock noted, there needed to be a change “in the way that belligerents are behaving”, before adding “I really welcome the announcement made by the White House a couple of weeks ago that the US is going to conduct a review of its assistance to South Sudan”.

Asked which measures might encourage the warring parties to negotiate or at least curtail the destructive activities of armed groups, Mr. Lowcock noted that an arms embargo would be a matter for the UN Security Council, where he had been told “informally” that some members were considering it.

Some Governments also had mechanisms to investigate the private wealth of political appointees, the UN official continued, adding that visa bans and financial sanctions have been used to apply pressure on those suspected of using natural resources for personal gain.

Famine was declared briefly last year in Unity State where tens of thousands of civilians were under siege, Mr. Lowcock said, adding that humanitarians had managed to get aid to those who needed it.

The situation isn’t as dire as that yet, he added, but a lot of places are “on the cusp” of passing into severe vulnerability.

Outside South Sudan, refugees have fled settled in South Kordofan in neighbouring Sudan and to Kukuma camp in north-west Kenya, and Mr. Lowcock appealed to the international community to help support these host countries “as they have their own problems to deal with”.

To date, the UN’s $1.7 billion humanitarian response plan for South Sudan is less than a quarter funded. 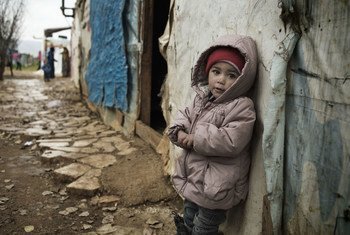 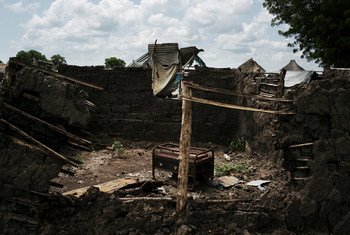