WHO/S. Ramo
WHO says that there are not enough antibacterial treatments in clinical development worldwide to fight the growing threat of drug-resistant bacterial infections.

People, plants and animals around the world are dying from untreatable infections – even with the best medicines available – due to a rise in antimicrobial resistance, the UN food agriculture agency said on Wednesday, kicking off World Antimicrobial Awareness Week.

Antimicrobial medicines, including antibiotics, have long been overused and misused, according to the Food and Agriculture Organization (FAO), which added that antimicrobial resistance (AMR) is “spreading further and faster every day”.

#AntimicrobialResistance is happening here &amp; now, and it is affecting us ALL.Infections are becoming untreatable in...🧑‍🦱Humans🐮Animals🌱Plants📽️Watch to see how we can slow the spread 👇 pic.twitter.com/UJ9KfX4luQ

Antibiotics are medicines used to prevent and treat bacterial infections, explained the World Health Organization (WHO), and are included in the more encompassing term of antimicrobials.

While bacteria, not humans or animals, become antimicrobial-resistant, they may infect humans and animals, and the infections they cause are harder to treat than those caused by non-resistant bacteria.

FAO maintains that if left unaddressed, AMR may force tens of millions more people into extreme poverty, hunger and malnutrition.

“Just like the COVID-19 pandemic, AMR is no longer a future threat”, said FAO Deputy Director-General Maria Helena Semedo. “It is happening here and now, and it is affecting us all”.

The World Health Organization (WHO) stressed that antimicrobial resistance makes common infections harder to treat and accelerating the risk of disease spread, severe illness and death.

AMR occurs when bacteria, viruses, fungi or parasites change over time and no longer respond to medicines, posing a global health and development threat.

The overuse of medicines in humans, livestock and agriculture, as well as poor access to clean water, sanitation and hygiene are some of the factors that have accelerated the AMR threat worldwide, according to WHO.

FAO added that a lack of AMR regulation and oversight, the use of antibiotics as growth promoters in animals, and over-the-counter or internet sales that have sparked a boom in counterfeit or poor-quality antimicrobials are also reasons.

"Around the world people, animals and plants are already dying of infections that cannot be treated – even with our strongest antimicrobial treatments”, stated Ms. Semedo.

WHO has declared AMR as one of the top 10 global public health threats facing humanity.

•    Currently, at least 700,000 people die each year due to drug-resistant diseases.
•    Within the next 10 years, antimicrobial use for livestock alone is projected to nearly double to keep pace with the demands of our growing human population.
•    In ten years’ time, 24 million more people – the equivalent of the entire population of Australia – may be forced into extreme poverty as a result of AMR.
•    FAO has projects in over 40 countries across Africa, Asia and Latin America to better understand how to support the food and agricultural community in using antimicrobials more responsibly.

And the cost of AMR to the economy is significant.

In addition to death and disability, prolonged illness results in longer hospital stays, the need for more expensive medicines and financial challenges for those impacted.

“Without effective antimicrobials, the success of modern medicine in treating infections, including during major surgery and cancer chemotherapy, would be at increased risk”, upheld WHO.

The FAO deputy chief stated: “If AMR is left unchecked, the next pandemic we face could be bacterial and much deadlier if the drugs needed to treat it do not work”. 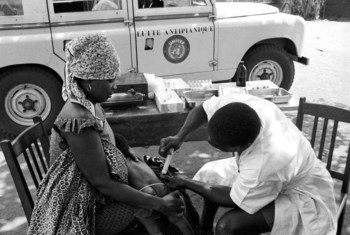 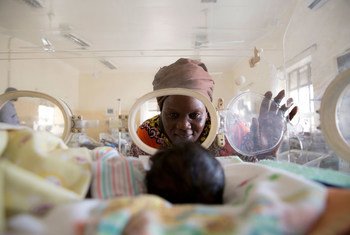 Efforts to tackle sepsis, which can damage multiple organs and result in death, are hampered by “serious gaps in knowledge”, particularly in low- and middle-income countries, according to a report launch on Wednesday by the World Health Organization (WHO).