© UNICEF/UN0159228/Naftalin
Await Said looks at her newborn grandson Ayah, who suffers from jaundice and sepsis and weighs only 1.3 kilograms, as he lies in an incubator at the Juba Teaching Hospital, Juba, South Sudan, in January 2018.

Efforts to tackle sepsis, which can damage multiple organs and result in death, are hampered by “serious gaps in knowledge”, particularly in low- and middle-income countries, according to a report launch on Wednesday by the World Health Organization (WHO).

Citing “recent studies”, WHO revealed that sepsis kills 11 million people each year, many of them children, and disables millions of others.
“The world must urgently step up efforts to improve data about sepsis so all countries can detect and treat this terrible condition in time,” WHO chief Tedros Adhanom Ghebreyesus said.

Today the first Global report on #sepsis was launched, offering the most comprehensive evidence on the life-threatening condition👉 https://t.co/sSLSPAQFv8 pic.twitter.com/iCv4n2Ux9n

Against the backdrop that most studies had been conducted in the hospitals and intensive care units of high-income countries – with little evidence from the rest of the world – WHO underscored the “urgent need” for better data.

Furthermore, different definitions of sepsis, diagnostic criteria and hospital discharge coding, compound the difficultly in developing a clear understanding of the true global burden of this life-threatening infection.

“This means strengthening health information systems and ensuring access to rapid diagnostic tools, and quality care including safe and affordable medicines and vaccine”, the top WHO official spelled out.

Sepsis occurs in response to an infection. When it is not recognized early and managed promptly, it can lead to septic shock, multiple organ failure and death, according to the UN health agency.

And patients who are critically ill with severe COVID-19 and other infectious diseases are at higher risk of developing and dying from it.
WHO pointed out that only half of sepsis survivors will completely recover, the rest will either die within one year or be burdened by long-term disabilities.

The deadly infection disproportionately affects vulnerable populations, including newborns, pregnant women and people living without means, where WHO says approximately 85 per cent of sepsis cases and sepsis-related deaths occur.

Moreover, children account for almost half of the 49 million cases each year, most of which could have been prevented through early diagnosis and appropriate clinical management.

WHO identified antimicrobial resistance as a major challenge in treating sepsis as it complicates the ability to combat infections, especially in healthcare facilities.

The UN health agency elaborated on interventions to prevent as many as 84 per cent of newborn sepsis-related deaths, which include improved sanitation, water quality and infection prevention methods – such as hand hygiene – but stressed that these be coupled with early diagnosis, appropriate clinical management and access to safe and affordable medicines and vaccines.

At the same time, WHO called on the global community to improve high-quality data collection; scale-up global advocacy, and funding research; develop rapid, affordable diagnostic tools; and educate health workers and communities to infection risks and the need to promptly seek care. 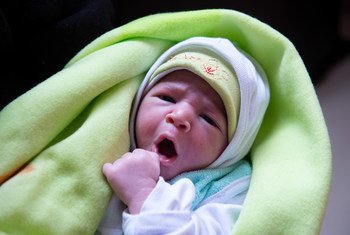 COVID-19 threatens to undo decades of hard-fought progress in reducing deaths of children under the age of five, UN agencies have warned, calling on countries to ensure vital health services for children and women do not falter amid the global crisis. 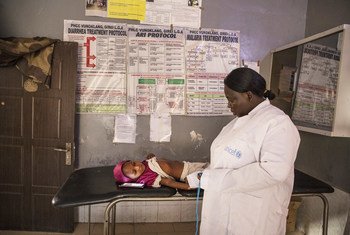 Scaling up pneumonia-related interventions could save the lives of nearly nine million children during the course of the next decade, the United Nations Children’s Fund said on Wednesday.