Opposition-led protests in Haiti calling for the president to step down, which sparked violence last week, have prompted a group of senior diplomats, included the top UN official there, to issue a statement deploring the loss of life and calling for dialogue to end the crisis.

The so-called Core Group is made up of the head of UN Mission MINUJUSTH, Helen Meagher La Lime; and the UN ambassadors of Brazil, Canada, France, Germany, Spain, the European Union, the United States, and the Special Representative of the Organization of American States.

They took note of the demands expressed by demonstrators on Thursday, aimed at a worsening economic crisis that has led to a drop in living standards, inflation at around 15 per cent, a growing national deficit, and allegations of corruption levelled at President Jovenel Moise, before he took office.

The group “deplores the loss of life and property damage caused by the unacceptable acts of violence that took place on the margins of the rallies, while acknowledging the professionalism demonstrated by the Haitian National Police,” said the statement issued on Monday.

According to news reports, at least four were killed and dozens injured during four days of protests in the capital Port-au-Prince, and other cities across the Caribbean island nation. Annual carnival festivities were cancelled in parts of the country at the weekend.

Opposition groups called for demonstrations after a court report alleged that officials and former Government ministers had reportedly misappropriated millions of dollars in loans made to Haiti by Venezuela after 2008.

“The Group members call on political and civil society leaders to “engage in a constructive and inclusive dialogue in order to identify and implement realistic and lasting solutions to the political and economic crisis currently occurring in Haiti.”

The Government needs to “accelerate its structural reforms aimed at promoting a better management of the State's resources” said the communique, “improve the living conditions of the most vulnerable, fight inequalities, and foster a conducive investment climate to stimulate the development of productive sectors – essential to catalyzing the country’s growth.”

“Change must come through the ballot box, and not through violence,” said the statement, which concludes by urging the Government and legislators “to collaborate for the electoral law and the 2018-2019 budget law to be adopted and promulgated as soon as possible. It is only through these actions that the elections scheduled by the Constitution for October 2019, can be held in a free, fair and transparent manner, and that an institutional vacuum will be avoided.” 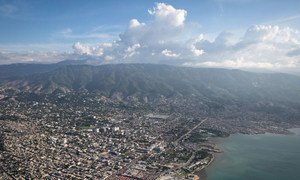 Half a capital city destroyed, 220,000 reported dead and 1 million residents displaced. This was the toll of the 2010 Haiti earthquake, which struck on 12 January, nine years ago. 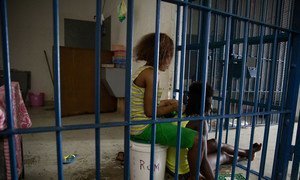