Naomi Frerotte
A woman walks through a village in Chad. (file)

The United Nations and its partners met in Brussels, Belgium, on Friday to strengthen support for a group of five nations in Africa’s troubled Sahel region which are facing pressing challenges including extreme poverty, food and nutrition crises and violent extremism.

The International Conference on the Sahel brought together the UN, the European Commission, the African Union and the so-called ‘Group of Five’ or G5 Sahel countries: Burkina Faso, Chad, Mali, Mauritania and Niger.

UN Secretary-General António Guterres hailed the meeting as a timely effort that demonstrates the international community’s support for the region’s efforts to prevent violent extremism and fight terrorism and organized crime.

“Together – the G5 Sahel countries, the African Union, the European Union and the United Nations – we can achieve peace, stability and prosperity in the region,” he said in a video message played at the conference.

The UN chief also praised the G5 Sahel Joint Force, a joint military initiative by the five countries to respond to the many interlinked challenges confronting them.

“It is also essential to reinforce the programmes envisaged under the United Nations Integrated Strategy for the Sahel, which provides an overarching framework aimed at strengthening governance, resilience and security,” he added.

The troops will conduct cross-border counter-terrorist operations and donors at the conference have pledged $516 million for the force, according to media reports.

The head of UN peacekeeping, Jean-Pierre Lacroix, told the gathering that the global organization is in a good position to start supporting the force through its integrated operation in Mali, known by its French acronym, MINUSMA.

This assistance is in line with a UN Security Council resolution adopted in December which provides for operational and logistical support for the Sahel force.

The Sahel stretches between the Sahara to the north and the wider Sudan region to the south. According to the UN’s humanitarian wing, across the region, over 30 million people face food insecurity, one in five children under the age of five suffers from acute malnutrition and at least 4.9 million are displaced by the effects of conflicts. 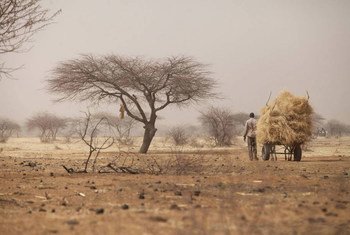