The two deadly terrorist attacks in Burkina Faso’s capital, Ougadougou, on Friday have been strongly condemned by the United Nations.

The attacks against the country’s military headquarters and the French Embassy resulted in at least 16 deaths and scores of injuries, according to media reports.

In a phone call that day to President Roch Marc Christian Kaboré, UN Secretary-General António Guterres expressed solidarity with the country’s Government, according to a statement issued by his spokesperson.

The UN chief encouraged the authorities to launch an investigation into the incidents and bring the perpetrators to justice.

He also expressed his profound sympathy to the families of the victims in addition to wishing a speedy and full recovery to the injured.

Mr Guterres reiterated the UN’s commitment to support Burkina Faso in its efforts to fight violent extremism and terrorism and create the conditions for sustainable peace and development, among other measures.

Burkina Faso is among a group of five Sahel countries, together known  as the G5, which are facing complex interconnected security and development challenges.

The others are Chad, Mali, Mauritania and Niger.

“The Secretary-General renews his call for an urgent and concerted effort by the international community in support of the countries in the region to tackle, in a holistic manner, the peace and security, development and humanitarian challenges affecting the Sahel, including through the United Nations Integrated Strategy for the Sahel and the full operationalization of the G5 Sahel Joint Force,” the statement concluded.

The members of  the UN Security Council have also condemned the attacks in the strongest terms, describing them as “barbaric and cowardly.”

The Council has issued a statement underlining that any acts of terrorism are criminal and unjustifiable, “regardless of their motivation, wherever, whenever and by whomsoever committed.”

The 15 ambassadors expressed their solidarity with Burkina Faso in its fight against terrorism and also  stressed the need to intensify regional and international efforts to combat terrorism and violent extremism, which may be conducive to terrorism. 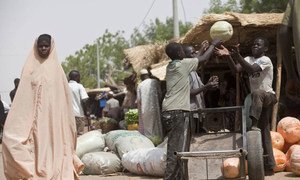