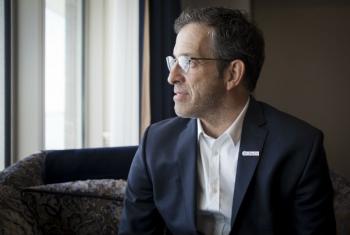 Ending AIDS means controlling the spread of spread of HIV and lessening the impact on people’s lives, says the UN agency fighting the epidemic, UNAIDS.

It says the number of people on anti-retroviral treatment today has surpassed the amount of new infections each year.

In our latest podcast, you’ll hear from fervent advocates who are battling HIV and AIDS, like fashion designer Kenneth Cole, singer and songwriter Annie Lennox and the charismatic Loyce Maturu, a young girl living with HIV. 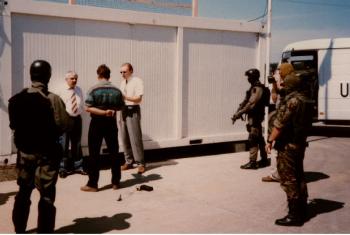 Two United Nations policemen have been talking about the “horror stories” they heard from the families of victims of an indicted war criminal from the former Yugoslavia.

The two policemen, Vladimir Dzuro from the Czech Republic and Kevin Curtis from the United Kingdom, made history in 1997 when they delivered the very first alleged war criminal to the International Criminal Tribunal for the Former Yugoslavia (ICTY), based in The Hague. 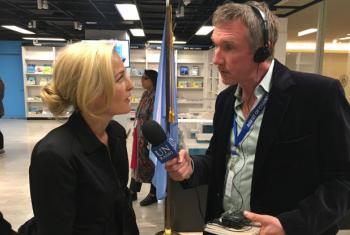 A “weapon of change” against the global scourge of human trafficking: that’s how the director of the film that’s the focus of our latest podcast, hopes his movie that’s fuelling a movement, will be used.

SOLD is the story of one 13-year-old Nepalese girl’s journey into sexual slavery, and eventual emancipation.

One of the stars of SOLD, Gillian Anderson, the actress best-known for her role in television’s X-Files, says it’s a shining example of how “film can change the world”. 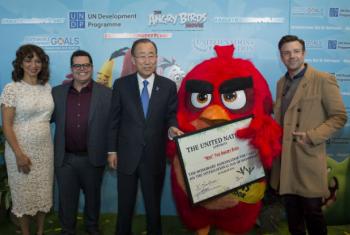 You’ve heard all the jokes about comedians walking into a bar, but what happens when a trio of self-described “chuckleheads” dedicated to fighting climate change, walk into the UN?

We recorded the result, for our latest episode of The Lid Is On, UN Radio’s new podcast series.

Jason Sudeikis, Josh Gad and Maya Rudolph are the stars of The Angry Birds Movie, due to be released in May. 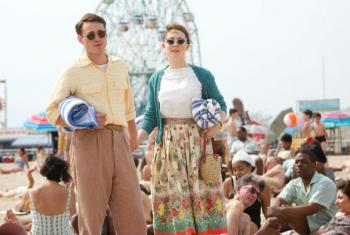 The decision by the star of Oscar-nominated movie, Brooklyn, to accept the UN’s invitation to visit, provided the perfect opportunity for UN Radio to pilot its first full-fledged podcast.

The moving story about one young woman’s migration from small-town Ireland to Brooklyn, New York, in the early 1950s, led to a screening and discussion on the whole issue of modern migration and the refugee crisis, at UN Headquarters in New York, earlier this month.