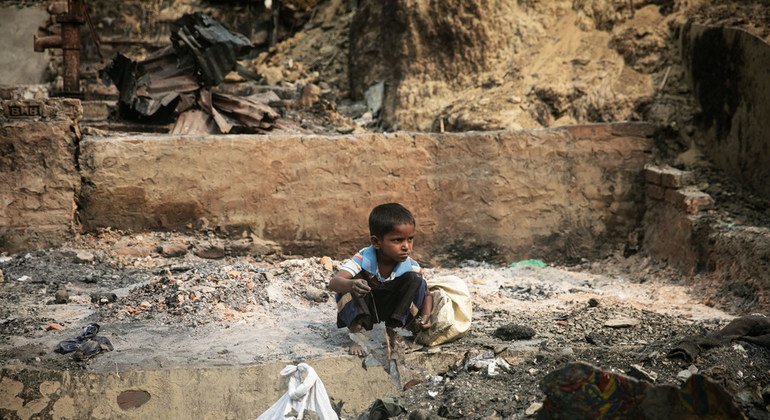 Today, nearly one million Rohingya refugees continue to live in dire conditions….Addressing the root causes of systematic discrimination, disenfranchisement and communal violence in Myanmar is critical.

Over a million Rohingya refugees have fled violence in Myanmar in successive waves of displacement since the early 1990s.

At the peak of the latest crisis, in 2017, thousands were crossing into Bangladesh daily. Most walked for days, and arrived exhausted, hungry and sick. The vast majority reaching Bangladesh were women and children, and more than 40 per cent are under age 12.

Since then, the Kutupalong refugee settlement has grown to become the largest of its kind in the world, with more than 600,000 people living in an area of just 13 square kilometres, stretching infrastructure and services to their limits.

The 2021 Joint Response Plan (JRP) for the Rohingya Humanitarian Crisis targets almost 1.4 million people. The $943 million plan seeks to meet the needs of 884,000 Rohingya refugees and 472,000 Bangladeshis in the host communities of Cox’s Bazar. 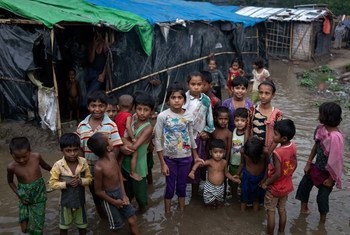 More than 900,000 Rohingya refugees now live in southern Bangladesh, the vast majority in the camps and settlements that have sprung up in Cox’s Bazar district, close to the border with Myanmar.

Daily life is dominated by the search for food and water, and coping with living conditions that are difficult and sometimes dangerous – especially in Bangladesh’s long monsoon and cyclone seasons, which last until the end of the year.

This daily challenge of survival is compounded by uncertainty over their future. They want to return home, but say they will not do so until the necessary conditions for their return are in place, and until their basic rights in Myanmar have been secured. 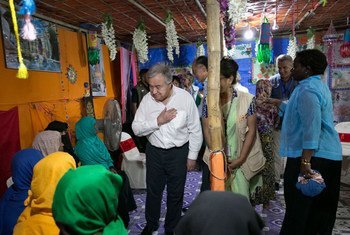 Describing their visit to camps as “heartbreaking”,  Mr. Guterres appealed to the international community to “step up to the plate and to substantially increase financial support” to all those in Bangladesh working to support and protect the Rohingya refugee community. 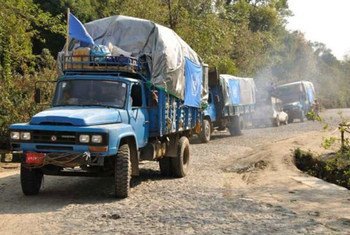 Earlier in 2018, Secretary-General António Guterres appointed former Guatemalan Foreign Minister and UN Ambassador Gert Rosenthal to carry out a “comprehensive, independent inquiry into the involvement of the United Nations in Myanmar from 2010 to 2018, as well as to the way different parts of the UN system responded to events that took place during that time. The report, delivered to Mr. Guterres on 17 May 2019, is not directed at any individual or agency, but, rather, on how the UN as an institution works on the ground and possible lessons learned for the future.

UN rights chief on Myanmar refugees and a future of ‘kindness, empathy and unity’