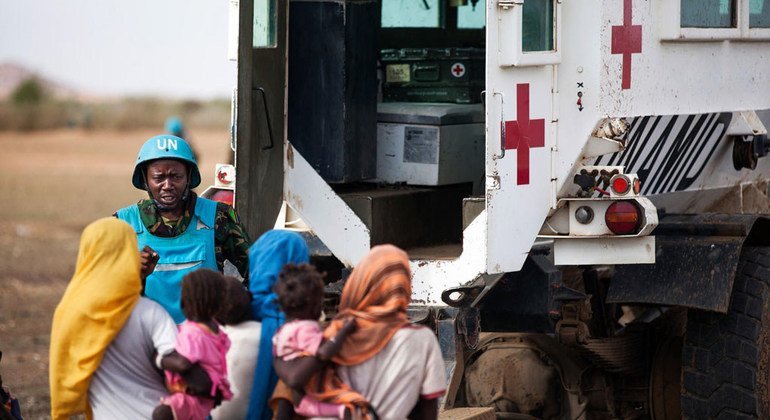 UN Photo/Albert González Farran
A sustainable political resolution of the conflict is also the only avenue to chalk out a viable exit strategy.

South Sudan attained independence from Sudan on July 09, 2011 after a referendum, becoming the newest country in the world. The country has faced ongoing challenges since a political face-off between two rival factions erupted into full blown conflict in December 2013. The crisis has produced one of the world's worst displacement situations with immense suffering for civilians. 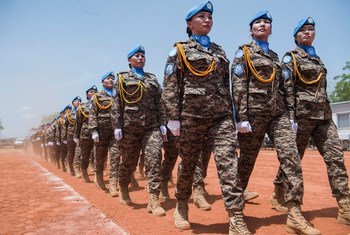 Having determined that the situation faced by South Sudan continues to constitute a threat to international peace and security in the region and acting under Chapter VII of the UN Charter, the Security Council by its resolution 1996 (2011) of 8 July 2011 established the United Nations Mission in South Sudan (UNMISS) for an initial period of one year as from 9 July 2011 with the intention to renew for further periods as may be required. The country has faced ongoing challenges since a political face-off between two factions erupted into full blown conflict in December 2013. The crisis has produced one of the world's worst displacement situations with immense suffering for civilians.

The African Union/UN Hybrid operation in Darfur, referred to by its acronym UNAMID, was established on 31 July 2007 with the adoption of Security Council resolution 1769. UNAMID has the protection of civilians as its core mandate, but is also tasked with contributing to security for humanitarian assistance, monitoring and verifying implementation of agreements, assisting an inclusive political process, contributing to the promotion of human rights and the rule of law, and monitoring and reporting on the situation along the borders with Chad and the Central African Republic (CAR).

Deeply concerned by the violence, escalating tensions and population displacement in Sudan’s Abyei region, the Security Council, by its resolution 1990 of 27 June 2011, established the United Nations Interim Security Force for Abyei (UNISFA). The operation has been tasked with monitoring the flashpoint border between north and south and facilitating the delivery of humanitarian aid, and is authorized to use force in protecting civilians and humanitarian workers in Abyei.

UNISFA’s establishment came after the Government of Sudan and the Sudan People’s Liberation Movement (SPLM) reached an agreement in Addis Ababa, Ethiopia, to demilitarize Abyei and let Ethiopian troops to monitor the area. 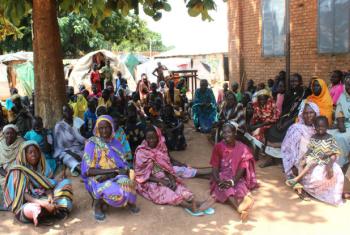 The country has faced ongoing challenges since a political face-off between two factions erupted into full blown conflict in December 2013.  As the conflict in South Sudan enters its fifth year in 2018, the humanitarian crisis has continued to intensify and expand, on a costly trajectory for the country’s people and their outlook on the future. The compounding effects of widespread violence and sustained economic decline have further diminished the capacity of people to face threats to their health, safety and livelihoods. People in need of assistance and protection number 7 million, even as more than 2 million have fled to neighbouring countries.

Special Envoy of the Secretary-General for Sudan and South Sudan