The head of the UN Verification Mission in Colombia told the Security Council on Wednesday that with the recent election of President Gustavo Petro, expectations were running high for progress towards the full and final implementation of a lasting peace deal, after decades of civil conflict.

UN Special Representative and head of mission, Carlos Ruiz Massieu, also expressed hope for renewed progress on the Government’s peacebuilding commitments and its willingness to resume talks with the National Liberation Army (ELN), which would enable the end of a decades-long conflict.

“I am certainly confident that Colombia can demonstrate to the world, once again, that there is no better alternative to ending conflicts than through dialogue,” said Mr. Massieu.

Special Representative @CGRuizMassieu updated the @UN Security Council on developments in #Colombia, including the announcement last week by the Government and the National Liberation Army (ELN) to resume peace talks. His full remarks: https://t.co/e4u1EgES6S https://t.co/Hu1ul3AgZJ

The UN envoy credited the “total peace policy” of President Petro, which is anchored in the implementation of the Final Agreement with the former FARC-EP rebels.

And he welcomed the Government’s efforts to foster the active participation of women.

“From Chocó to Catatumbo, from Putumayo to southern Bolivar, it is these women and their communities who confront and resist violence by armed actors fighting for territorial control,” Mr. Massieu said, echoing the Secretary‑General’s call to respond positively to the President’s call for a ceasefire.

Search for the missing

Turning to the Comprehensive System for Truth, Justice, Reparation and Non‑Repetition, he welcomed the Government’s commitment to implementing its recommendations and took note of the response of the Unit for the Search of Persons Deemed as Missing, to calls made by indigenous and Afro-Colombian communities for further action.

However, the Special Representative noted that representatives of those communities he had met, expressed concern about the ongoing threat posed by illegal armed actors and their frustration at unmet expectations of State services and opportunities.

Also briefing the Council, Muhammad Abdul Muhith, Chair of the Peacebuilding Commission, welcomed the Government’s commitment to reducing inequality, governing with and for women – including through its appointment of a gender parity cabinet – and the creation of the Ministry of Equality to address issues related to gender, ethnic communities, youth, and children.

He also welcomed the decision by the Government and ELN to resume peace dialogues.

Moreover, the Chair urged the UN and international and regional partners to support the process and the implementation of agreements to ensure a sustained path towards peacebuilding in Colombia. 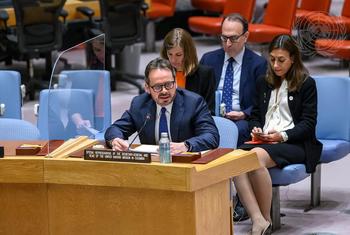 Colombia’s dynamic peace process – which saw fresh strides with the holding of a largely peaceful parliamentary election last month – will succeed or fail based on efforts to halt the deadly violence faced by former combatants, social leaders and human rights defenders, the senior UN official in the country told the Security Council on Tuesday. 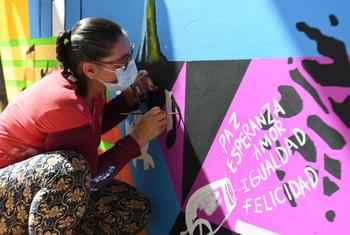 Five years after its signing, the Final Peace Agreement in Colombia is setting down ever deeper roots, the Special Representative for the country told the Security Council on Thursday, as he called on the Government, political parties, former combatants and Colombians across the diverse South American nation, to intensify implementation of the landmark 2016 accord ahead of Congressional elections.