© UNICEF/Biju Boro
Heavy flooding triggered by monsoon rains forced more than a million people to flee their homes in northeast Indian in 2020.

With world leaders expressing hope that the goal of supplying $100 billion a year in climate finance support for developing countries is within reach, the UN Secretary-General warned on Tuesday that the target would likely not be met until 2023 and would require additional funding after that.

“I compare this meagre sum with the trillions being spent on COVID-19 recovery by developed countries”, he said.

According to news reports, the latest diplomatic effort, led by Germany and Canada, aims to pull together the required funding by 2023, three years after the deadline established by the Paris Agreement.

Speaking to journalists, the United Kingdom’s Prime Minister, Boris Johnson, said that “further action from countries around the world" was needed to make that happen; John Kerry, US President Joe Biden’s special envoy on climate change, confirmed this intention.

“I urge the developed world to accelerate delivery on the $100 billion dollars to rebuild trust”, Mr. Guterres said.

The Secretary-General stressed the importance of these investments saying that adaptation works, early warning systems spare lives, and climate-smart agriculture and infrastructure save jobs.

That is why, Mr. Guterres explained, he keeps asking all donors to allocate half their climate finance to adaptation.

Currently, just a quarter of these funds go towards adaptation, around $20.1 billion. It is estimated that the adaptation costs to developing countries could rise to as much as $300 billion dollars a year by 2030.

The UN chief compared the investment to the vast funds being spent on COVID-19 recovery, by countries that can afford it.

Advanced economies are investing nearly 28 per cent of their Gross Domestic Product into economic recovery. For middle-income countries, that number falls to 6.5 per cent. For the Least Developed Countries, it’s less than two per cent.

Mr. Guterres argued that vulnerable countries must have faster and easier access to finance. He believes that could be achieved by reducing red tape, increasing eligibility thresholds and offering debt relief.

The battle to keep 1.5 alive will be won or lost during this decade

According to the latest data from the UN Framework Convention on Climate Change (UNFCCC), the current Nationally Determined Contributions (NDCs) would result in a still catastrophic temperature rise of up to 2.7 degrees Celsius.

With the announcements made in the last few days, Mr. Guterres said that “it’s difficult to calculate” where the world stands right now, but he is certain that “significantly more ambition” is needed from G20 nations, who collectively account for 80 per cent of carbon pollution.

“The battle to keep 1.5 alive will be won or lost during this decade”, he said.

According to him, to keep this goal alive, every country and region must commit to net zero emissions and pursue concrete and credible near-term targets.

“I urge the Climate Vulnerable Forum to continue to serve as the custodians of climate ambition”, he concluded.

This morning, also at COP26, the President of the General Assembly met with Heads of State and Government of the Alliance of Small Island States (AOSIS).

Abdulla Shahid highlighted that no other group of countries are as at risk of immediate and severe climate impact and no others are as close to the frontlines as they are.

Mr. Shahid also stressed that few have been as ambitious in their Nationally Determined Contributions as the island nations. 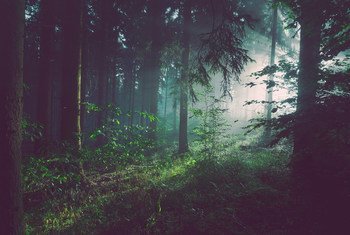 A pivotal pledge to save and restore our planet’s forests was officially announced on the second day of the COP26 World Leaders Summit, and with that deal came a long list of commitments from public and private sector actors to combat climate change, curb biodiversity destruction and hunger, and to protect indigenous peoples’ rights.