Unlike neoliberalism, coronavirus does not favour ‘richest one per cent’, Cuban President tells world leaders 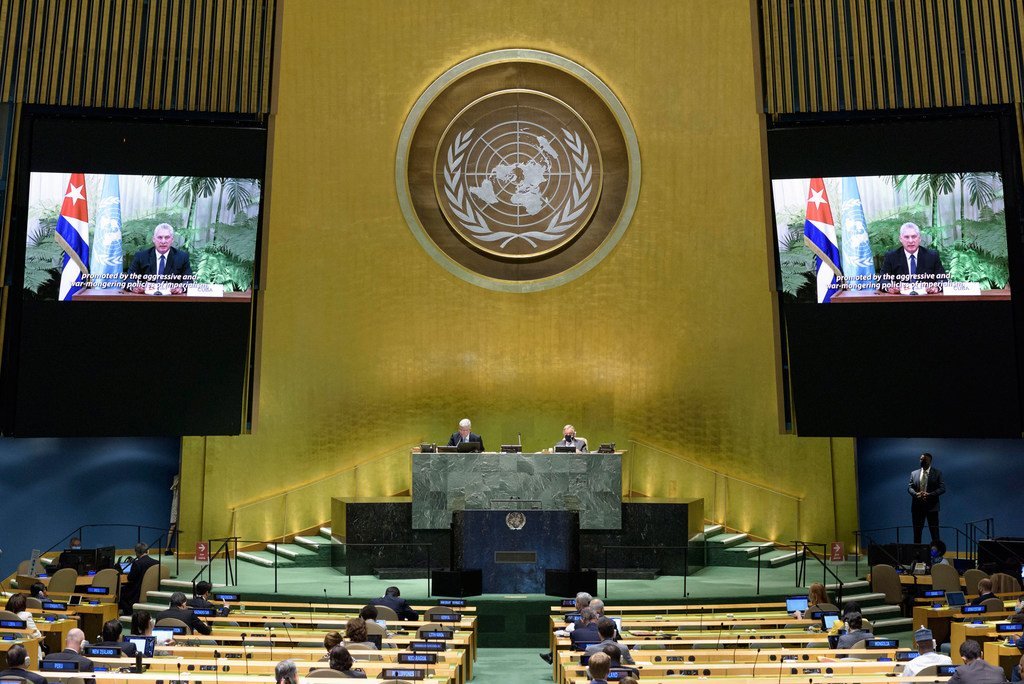 Faced with a global pandemic that has infected millions, killed thousands, forced borders to close, upended economies, and drastically changed lives, the world today needs the United Nations today as much as it did 75 years ago, the President of Cuba underlined on Tuesday.

Addressing the UN General Assembly’s annual general debate, President Miguel Díaz-Canel Bermúdez said that while the coronavirus pandemic hit all countries and all people around the world, the resulting multidimensional crisis clearly showed the “great mistake of the dehumanized policies fully imposed by the market dictatorship.”

Capitalism’s “irrational and unsustainable” model of production and consumption, decades of an “unjust international order” and the implementation of “ruthless and rampant neoliberalism”, has widened inequalities and sacrificed the right of peoples to development, stressed the Cuban leader.

“Unlike excluding neoliberalism, which puts aside and discards millions of human beings and condemns them to survive on the leftovers from the banquet of the richest one per cent, the COVID-19 virus does not discriminate between them,” he said, adding that the the pandemic’s socio-economic effects would be lethal among the most vulnerable – the poorest.

In solidarity with other nations and the humanistic vocation of its people, Cuba will be sending over 3,700 cooperation workers, distributed in 46 medical brigades, to 39 countries and territories hit by COVID-19, he said.

The Cuban President also denounced the economic, commercial and financial blockade imposed against his country by the Government of the United States; and starting in 2019, its efforts to deprive the people of Cuba the possibility to buy fuel they need for their everyday activities, “measures that violate international law”.

Declaring that the US Government is “not hiding its intention” to enforce new and harsher aggressive measures against Cuba in the next few months, President Díaz-Canel Bermúdez said that the Cuban peoples, who take pride in their history and are committed to the ideals and

achievements of the Revolution, “shall resist and overcome.”

♦ Receive daily updates directly in your inbox - Subscribe here to a topic.
♦ Download the UN News app for your iOS or Android devices.
cuba|UNGA75

While not perfect, world is better today because of UN’s work since 1945, says President of Dominican Republic