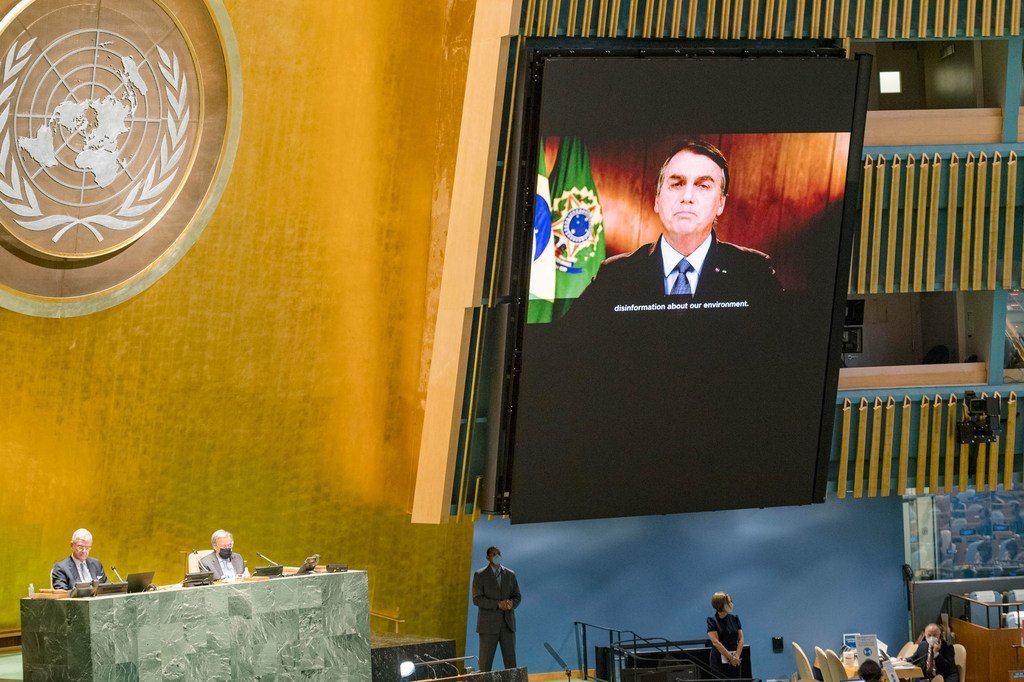 Brazilian President Jair Bolsonaro has highlighted social and economic measures his administration implemented, to address the COVID-19 pandemic and what he views as the politicization of the virus in South America’s largest country.

“From the very beginning, in my country, I warned that we had two problems to solve, the virus and joblessness, and that both issues had to be addressed simultaneously and with the same sense of responsibility”, he said in a recorded speech to the UN General Assembly on Tuesday.

Speaking through a translator, Mr. Bolsonaro told fellow world leaders that segments of the Brazilian media had “politicized” the virus, sowing panic among the population.

“Under the mottos ‘stay at home’ and ‘we will deal with the economy later on’, they almost brought about social chaos to the country,” he said.  “But our administration in a bold step put in place several economic measures that prevented a greater evil.”

President Bolsonaro believes the pandemic has also provided a valuable lesson, namely that “we cannot possibly depend on just a few nations for the production of essential inputs and means for our survival.”

He said Brazil is thus open for the development of state-of the-art technology, including 5G, artificial intelligence and nanotechnology, but only with partners “who respect our sovereignty and cherish freedom and data protection.”

Mr. Bolsonaro also emphasized Brazil’s role as the world’s largest food producer.  Despite the ongoing pandemic, the country has continued to feed more than one billion people worldwide through its agribusiness sector which, he said, respects “the best environmental legislation on the planet”.

However, Brazil has suffered what its President described as “a most brutal disinformation campaign”, concerning the Amazon and the Brazilian wetlands.

“The Brazilian Amazon is known to be immensely rich.  That explains the support given by international institutions to this disinformation campaign anchored on shady interests coupled with exploitative and unpatriotic Brazilian associations, with the purpose of undermining the Government and Brazil itself”, he said.

Brazil has traditionally been the first country to speak in the annual debate during the UN General Assembly, now in its 75th session.

As is the case with organizations worldwide, COVID-19 has forced the UN to adapt its working methods to comply with physical distancing measures.

World leaders have pre-recorded their speeches for the debate, which are being broadcast on giant screens in the iconic General Assembly Hall in New York.  The videos are generally being introduced by each country’s UN Ambassador seated in the chamber.

♦ Receive daily updates directly in your inbox - Subscribe here to a topic.
♦ Download the UN News app for your iOS or Android devices.
General Assembly|brazil|UNGA75|COVID-19

‘Instead of nationalism, we need global cooperation’; Caribbean leaders call for united front against COVID-19 pandemic 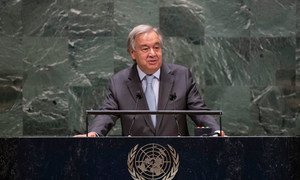