WFP/Miller Choles
Take-home rations are given to parents of children in Colombia who are missing out on school meals due to COVID-19 school closures.

Some 14 million people in Latin America and the Caribbean could experience severe food insecurity this year due to the COVID-19 pandemic, according to projections released on Thursday by the World Food Programme (WFP).

The UN agency estimated that 10 million additional people could join the 3.4 million across the region who were already unable to meet their basic food needs.

#COVID19 is emptying bowls faster than we can fill them. 🥣30 million people could starve if we are unable to reach them.You can help feed a family for a week for just $18 👉 https://t.co/ezvrwUFKFK #MissingThisMeal pic.twitter.com/5lEz5m7qxx

“It is vital and urgent that we provide food assistance to the growing number of vulnerable people in the region, as well as those who depend on informal work”, said Miguel Barreto, WFP Regional Director for Latin America and the Caribbean.

“We still have time to prevent the COVID-19 pandemic from becoming a hunger pandemic.”

COVID-19 is expected to result in a -5.3 per cent economic contraction for the region, according to the UN’s Economic Commission there, ECLAC.

This is among factors that risk aggravating the already precarious situation of vulnerable people, along with the inability to work due to movement

In line with World Hunger Day, observed on Thursday, WFP has launched the #MissingThisMeal campaign to show solidarity with affected communities.

The agency also urged countries to provide additional support to people who benefit from national social protection programmes, and to expand coverage to include groups such as migrants, pointing out that some authorities might need assistance from international financial institutions and the international community.

Meanwhile, the pandemic could also push nearly 90 million more children into household poverty, data from the Save the Children NGO, and the UN Children’s Fund, UNICEF, has revealed.

The partners warn that without urgent action, the number of children living below the poverty line in low- and middle-income countries could reach 672 million by the end of the year.

Nearly two-thirds of these youngsters can be found in sub-Saharan Africa and South Asia.

The most significant increase, 44 per cent, could be seen in countries across Europe and Central Asia, while Latin America and the Caribbean could see numbers rise by 22 per cent.

Progress at risk of rollback

“The scale and depth of financial hardship among families threatens to roll back years of progress in reducing child poverty and to leave children deprived of essential services”, said UNICEF chief Henrietta Fore.

“Without concerted action, families barely getting by could be pushed into poverty, and the poorest families could face levels of deprivation that have not been seen for decades.”

Save the Children and UNICEF also are calling for expansion of social protection systems and programmes, such as cash transfers, school meals and child benefits, as well as universal healthcare.

Governments are also advised to invest in family-friendly policies, for example paid leave and child care.

Some countries have already taken action in the face of the pandemic, according to the partners.

They include Indonesia, where a programme that provides monthly cash assistance to families has been expanded to reach 20 million, while Argentina has upped its Universal Child Allowance programme by $3,100 pesos, or just under $50. South Africa has also increased top-ups for its child support grant and other social protection schemes. 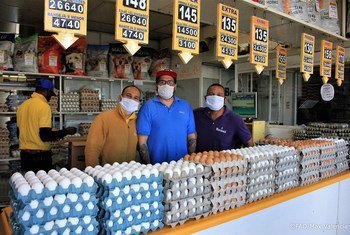 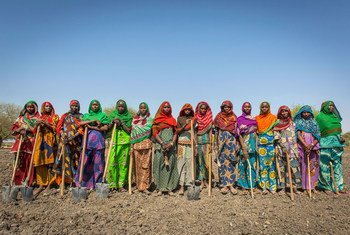 Unless countries across the world act together now, the COVID-19 pandemic will cause “unimaginable devastation and suffering around the world”, UN Secretary-General António Guterres said on Thursday at a virtual high-level meeting on financing for development.