A new report by the Economic Commission for Latin America and the Caribbean (ECLAC) unveiled on Tuesday, proposes that governments ensure immediate temporary cash transfers to help millions of people struggling to meet basic needs, as the massive fallout from COVID-19 ripples across the region’s economies.

Executive-Secretary Alecia Bárcena - launching the “The Social Challenge in Times of COVID-19” report, at a virtual press conference in Santiago, Chile - said these transfers should then be made permanent and extend to those who are at risk of being caught in the poverty trap.  Such a step would pave the way towards a universal basic income, guaranteeing the basic right to survival, she said.

To face the #COVID19 crisis, in total 126 social protection measures have been applied in 29 #LAC's countries for the population that is currently poor and vulnerable. Among them, cash and food transfers are reaching 90.5 million households. Read more: https://t.co/Jl3n3A0Mzm pic.twitter.com/UWbneeAFFv

“We must move towards the creation of a welfare State based on a new social compact that takes into account fiscal, social and production-related matters”, she explained, stressing that the pandemic has exposed structural problems in the economic model and the failings of costly social protection and welfare systems.

ECLAC’s proposal for a basic emergency income should be implemented immediately, Ms. Bárcena said, with a view to keeping it in place over time, depending on each country’s situation.  “This is especially relevant because overcoming the pandemic will take time”, she said.  Societies will have to coexist with the coronavirus, which will hamper reactivation of the economy.

ECLAC proposes that providing basic emergency income, should amount to the per capita cost of acquiring a basic food basket and meeting other basic needs over a six-month period, to the entire population living in poverty, in 2020.

That means reaching 215 million people, or 34.7 per cent of the Latin American and Caribbean population.  This would entail additional spending of 2.1 per cent of gross domestic product (GDP).

The report takes stock of the anticipated social effects of COVID-19, and in the short-term, foresees an increase in poverty, extreme poverty and inequality in the context of low economic growth.

It is necessary to guarantee income, food security and basic services to a broad group of people - ECLAC chief

In this scenario, broad strata of the Latin American and Caribbean population are living in chronic conditions of economic insecurity, the report finds.  An estimated 10 per cent of people living in non-extreme poverty in 2019 - 11.8 million people - will likely suffer extreme poverty.  A sharp deterioration in the position of people in the middle strata is also expected.

The report finds that women, informal workers, paid domestic workers, indigenous peoples, Afro-descendant people and migrants are among those especially vulnerable to socioeconomic crisis.  To date, 126 social protection measures have been applied in 29 countries, with cash and food transfers now reaching 90.5 million households – or 58 per cent of the region’s population.

Amid such strife, “it is necessary to guarantee income, food security and basic services to a broad group of people whose situation has become extremely vulnerable and who were not necessarily included in the social programmes existing prior to the pandemic”, the Executive-Secretary said.

In addition, operational challenges relating to people’s use of banks must be met, by completing, updating and connecting social records. In the medium and long-term, ECLAC stresses that the exercise of rights should be guaranteed by strengthening the welfare state, introducing a care system, gradually implementing innovative financing mechanisms.

“Given the sizeable historical gaps that the pandemic has worsened…now is the time to implement universal, redistributive and solidarity-based policies with a rights-based approach”, Ms. Bárcena asserted.  “Building the welfare State and universal social protection systems is key to averting another lost decade.” 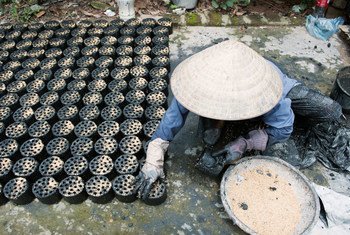 The COVID-19 pandemic is not only a health crisis, but it is also proving to be an economic disaster for huge numbers of people worldwide. A senior UN official with the UN Development Programme (UNDP) is calling for countries to provide citizens with a universal basic income, to help the millions who have lost their jobs, because of measures to curb the virus, combined with increasing levels of inequality. 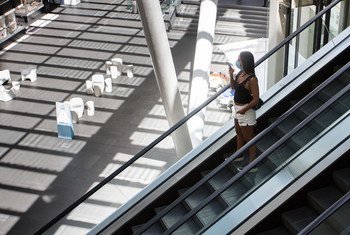 The COVID-19 pandemic will herald the worst economic contraction in the history of Latin American and the Caribbean, with a projected -5.3 per cent drop in activity this year, according to a report by the UN office for the region, ECLAC, published on Tuesday.