UNAMA/Fardin Waezi
Children in the Wardak province of Afghanistan are reflected in a pool of water.
12 February 2020
Peace and Security

On the International Day against the Use of Child Soldiers, UN Secretary-General António Guterres emphasized the need to integrate child protection into peace processes during a high-level Security Council briefing on Wednesday.

Children have “no role in conflict”, the UN chief said, as he painted a damning picture of some 250 million youth living in countries affected by fighting, where worsening hostilities incite grave violations against them to soar.

And children in war zones are threatened by “horrific abuses”, he continued, citing examples of sexual violation, abduction, being enlisted as child soldiers or exploited as messengers.

“These violations cause lasting damage to the children themselves, and to their communities and societies to which they belong”, continued the UN chief, pointing out that this can “feed the grievances and frustrations that lead to extremism, creating a vicious circle of tension and violence”.

Mr. Guterres also spoke of progress in raising awareness of violations, crediting, in part, the UN’s Monitoring and Reporting Mechanism established in 2005, which over time, has “the power to change behaviours, prevent grave violations and protect children”.

He spoke about the work of Virginia Gamba, his Special Representative for Children and Armed Conflict, along with campaigns that have “helped to bring about a global consensus that children should never be used in conflict”, while also acknowledging that despite these efforts, “the figures for grave violations against children in conflict continue to rise”.

From psycho-social support to educational opportunities, @UNICEF is helping children released from armed groups in South Sudan regain a sense of hope.

“We must all do more”, he spelled out.

As “the next step”, putting children at the heart of protection, peacebuilding and prevention efforts, the UN chief announced the launch of new Practical Guidance for mediators that considers children’s needs and rights during all phases of conflict, “from prevention efforts to mediation and recovery, through sustainable, inclusive development”.

The Guidance provides the means to conduct a child rights-based analysis of conflict for mediators and negotiators.

“By integrating specific measures to protect children into peace processes, we can achieve concrete results for children, and for peace”, maintained Mr. Guterres.

While “strongly” encouraging all Member States, regional and sub-regional organizations, mediators and others involved in peace processes to make full use of the guidance, he recognized that “it is not enough”.

The Secretary-General closed by recalling an exhibition staged by the UN Children’s Fund in 2019 when the North Lawn of the New York complex had 3,758 backpacks laid out to resemble a graveyard, each representing a child killed in conflict in 2018.

“Standing in this cemetery of dreams was devastating”, he recalled.

“It is our fundamental duty as leaders to do everything in our power to protect children, our future, from the chaos and madness of wars that have nothing to do with them”, concluded the UN chief.

UN News/Elizabeth Scaffidi
UNICEF installation on the North Lawn at the UN Headquarters in New York highlights the grave scale of child deaths in conflict during 2018.

During Wednesday’s meeting, the Council issued a Presidential Statement, which, among other things, reiterated that protecting children in armed conflict “should be an important aspect of any comprehensive strategy to resolve conflict and sustain peace”.

It also stressed the importance of “adopting a broad strategy of conflict prevention” that comprehensively addresses the root causes of armed conflict “to enhance the protection of children on a long-term basis”.

Children ‘at the heart’

Children must be “at the heart of all our efforts to prevent and resolve violent conflict”, Smaїl Chergui, African Union Commissioner for Peace and Security, said via VTC, as he spelled out the need for “concrete measures to avert and respond to all forms of abuse, neglect and exploitation”.

“During peace negotiations, the best interest of children must be the first priority” he stated, adding that violations of child rights must not only be prevented but “addressed before, during and after conflicts.”

“Unaddressed violations of children's rights perpetuate a culture of impunity, injustice and lawlessness that may have given rise to the conflict in the first place and provides fertile ground for a relapse into violent conflict”, he underscored. 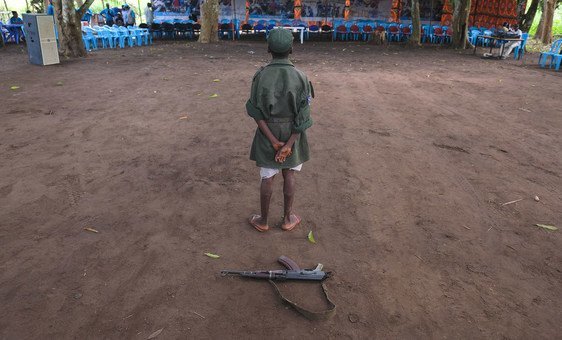 Given the devastating impact of violent conflict on children and particularly on the erosion of their basic human rights and freedoms, the AUCommissioner said it was critical that “all actors engaged in mediation and peace processes incorporate child protection language and provisions in peace agreements”.

For her part, Jo Becker, Director of Advocacy of Children’s Rights at Human Rights Watch, spoke on behalf of the Watchlist on Children and Armed Conflict – a global network of human rights and humanitarian organizations.

She flagged that although the Council has “repeatedly” called for the inclusion of child protection in peace processes, the sad reality is that peace agreements addressing child protection are rare, saying, “they are the exception, not the norm”.

Going back to 1999, the year the Council first took up children in armed conflict, she revealed that a Watchlist analysis of 444 documents, showed that “fewer than 18 per cent included child protection provisions”.

She highlighted that peace processes “do more than end war”, they establish a transitional framework; a political, social and economic agenda for peace; and priorities for post-conflict investment and resource allocation.

“When children are excluded, their needs and their rights become invisible”, she said, making the connection that this may lead to new grievances or former child soldiers picking up arms again.

Addressing the needs of conflict-affected children in peace processes “is not just a moral or legal imperative, it’s crucial to a durable peace”, she emphasized to the Council.

At an afternoon high-level event, the Practical Guidance for Mediators to Protect Children in Situations of Armed Conflict was officially launched, to lock child protection issues into peace processes or peace agreements.

It emphasizes the strategic value of including the rights and needs of children in peace negotiations and gives tools to mediators to take these issues into consideration at the earliest stages.

“The inclusion of child protection issues in peace processes is instrumental to building the foundations of sustainable peace, which is the only way to ensure the full protection of children’s rights”, said Special Representative Virginia Gamba.

The Guidance showcases experiences from a variety of conflict zones, including tangible results experienced by boys and girls affected in Colombia, South Sudan and Nepal, including their release from armed groups and reintegration into civilian life.

Calling it “a major step forward” in placing child protection at the “heart of peace and security discussions”, Belgium’s Foreign Minister and Security Council President for February, Philippe Goffin, said the Guidance “will enable mediators to identify and prevent obstacles to child protection” and contribute to a “systematic and lasting response to the root causes of child right’s violations”.

With the generous support of the Governments of Belgium and Sweden, the Guidance was developed through a series of global interviews and discussions with experienced mediators, peace negotiators and child protection practitioners.

“We encourage any actors involved in peace processes – Member States, regional organizations, mediators – to use this guidance to support their efforts and to disseminate it widely”, concluded Ms. Gamba. “It has the potential to impact positively the lives of millions of children”.

♦ Receive daily updates directly in your inbox - Subscribe here to a topic.
♦ Download the UN News app for your iOS or Android devices.
security council|Children and Armed Conflict|children affected by war 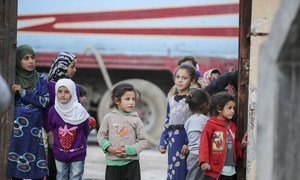 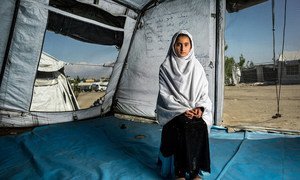