UNICEF/Ashley Gilbertson VII
15 year-old Dada and her daughter Hussaina at home in a host community shelter in Maiduguri, Borno State, Nigeria. Dada was 12 years old when Boko Haram took her and an older sister.

Girls and boys in northeast Nigeria are continuing to endure brutal abuse at the hands of Boko Haram, and are also being deeply affected by military operations taking place to counter the terrorist group, despite noteworthy efforts, according the UN chief’s latest report on children and armed conflict.

“The children of Nigeria and neighboring countries continued to endure horrendous violations by Boko Haram”, said Virginia Gamba, the Special Representative for Children and Armed Conflict, in a statement on Thursday, adding that the group’s expansion across the Lake Chad Basin region is “a serious concern” for Secretary-General António Guterres.

Between January 2017 and December 2019, the report described 5,741 grave violations against children in Nigeria.

Moreover, incidents in neighboring Cameroon, Chad and Niger were also reflected in the spillover of Boko Haram’s activities beyond Nigeria’s borders.

In September 2017, the Civilian Joint Task Force (CJTF) group, that supports Nigerian forces locally against Boko Haram, signed an Action Plan with the UN to end and prevent violations. Prior to that, the group had recruited more than 2,000 children.

Meanwhile, children detained for their association with Boko Haram remain a grave concern – although actual numbers have proved difficult to assess because the UN was not granted access to facilities that housed the minors, says the report.

“Children formerly associated should not be further penalized through detention and I call on the Government of Nigeria to expedite the release of children from detention and prioritize their reintegration into society”, asserted Ms. Gamba.

“I also urge the Government to review and adopt the protocol for the handover of children associated with armed groups to civilian child protection actors”, she said.

The vast majority of the 1,433 UN-verified child casualties were attributed to Boko Haram, with suicide attacks the leading cause, according to the report.

And while over 200 children were affected by incidents of sexual violence, fear of stigma, retaliation, lack of accountability for perpetrators and lack of resources for survivors, have rendered those crimes vastly underreported.

At the same time, denying humanitarian access to children has affected the delivery of aid to thousands of minors.

The report also detailed that some of the most atrocious incidents by Boko Haram involved the abduction and execution of humanitarian workers.

The 2017 Action plan marked a turning point in the CJTF’s treatment of children.

“Progress has been consistent, and no new cases of recruitment and use have been verified” since the signing, according to the UN official, who urged the group to fully implement the plan and to “facilitate the disassociation of any remaining children”.

Ms. Gamba also stressed the need to provide a regional African response to the situation. 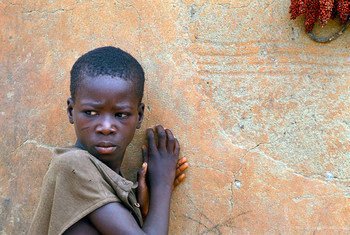 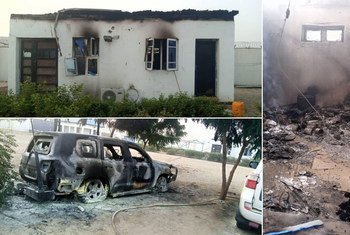 The top UN aid official in Nigeria has condemned a weekend attack against a major humanitarian facility in the north-east of the country.