The best way to protect children and prevent violations against them during armed conflict is to “promote and champion peace,” the UN Special Representative for Children and Armed Conflict told the Security Council on Tuesday.

From South Sudan to Afghanistan and elsewhere, last year the UN verified 23,982 grave violations – over 19,165 of which were “grievous” abuses against children, the senior UN Official said.

She said 1,600 of these children were victimized two or more times, illustrating the frequent interlinkages.

“To put it in perspective, this represents an average of 65 grave violations committed against children every single day of every week of every month in the year”.

Moreover, 8,000 children were either killed or maimed by explosive remnants of war, improvised explosive devices, and landmines.

“The recruitment and use of children for, in, and by parties to armed conflict, with over 6,300 children verified recruited and used, was the second most prevalent violation…followed by the denial of humanitarian access to children, at over 3,900 incidents”.

“In 2021, one out of three child victims was a girl – when barely a year earlier, the proportions were one to four,” Ms. Gamba told ambassadors, adding that girls also account for 98 per cent of all survivors of rape and other forms of sexual violence.

Meanwhile, 2,864 children were detained or deprived of their liberty, “doubly punished” by conflicts in which they “were and are not responsible for,” she emphasized.

“Hand in hand with tragedy, we also witnessed signs of hope and recovery during 2021,” said the Special Representative, citing “the unwavering dedication of child protection actors and partners on the ground…[and] parties to conflict who have paused to reflect on ways in which children can be better protected by working closely with the United Nations”.

She elaborated on a number of initiatives underway, including by identifying the need to examine gender dimensions of grave violations and ensuring that child protection remained central to peace processes.

Ms. Gamba said it was vital that UN operations be adequately mandated, staffed, and funded, to continue carrying out monitoring, reporting, engaging with parties, and undertaking life-saving interventions, such as securing the release of children from conflict.

“Without child protection advocacy and work undertaken on the ground and by my office, the situation would surely be worse,” she said.

The Special Representative also advocated for humanitarian spaces to be safeguarded, and unimpeded access be provided to children, humanitarian personnel and assets as well as support for gender and survivor-centred reintegration programmes. She said these were “critical” to break cycles of violence.

“Children affected by conflict need our support, and they need it now,” she spelled out.

“Children – and childhood – are under attack,” she said. “This report paints a grim picture” but also points the way forward.

She highlighted that last year at least 12,214 children were released from armed groups; new action plans have been signed in Mali and Yemen; and “the UN’s monitoring and reporting on grave violations have only grown stronger and more robust”.

Ms. Russell called on Member States to use their power to issue military orders stressing zero-tolerance policies on violations; the implementation of a Safe Schools Declaration, which offers protection against attacks and misuse; and protecting child survivors from stigma and revictimization.

“Every child has the right to be protected – in times of war and in times of peace,” she concluded, calling it “a sacred obligation” in building a sustainable future for everyone.

Every child has the right to be protected, in times of war and in times of peace – UNICEF chief

In 2016, Patrick Kumi, Founder and Executive Director of the NGO Similar Ground, was 15 when member of an armed group abducted his family in South Sudan.

“They tortured us by making us stand in a pit filled with water up to our necks for days and beating us,” before killing his father in front of his eyes, he recounted. “I was then told to join the force or die”.

Many young gun-toting children had girls they called ‘wives’ and adults also married 14 or 15-year-olds, he continued.

During a Government forces attack, Mr. Kumi explained how he “narrowly escaped death” when he walked for two days to Uganda. Eleven months later he found family members who had also survived.

In 2018 the teenager joined a youth-led advocacy programme, where he ran a project protecting orphans and separated children.

It took him three years to recover and he is currently enrolled for a degree in Human Rights, Peace, and Humanitarian Response.

The young advocate offered several suggestions to help the thousands of children experiencing that same stress as he had lived through.

These include better quality reintegration to improved government collaboration with national and international projects, as well as giving survivors the opportunity to participate in “all aspects” of policy and programming, concerning their recovery.

“If it is meant for children and young people, then let it be for them,” he stated. 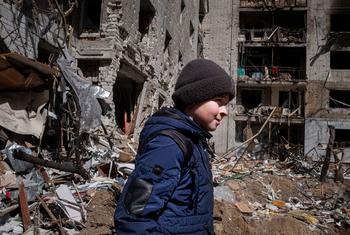 The annual UN report on Children and Armed Conflict (CAAC), released on Monday, details the devastating impact that various forms of conflict had on children around the world in 2021. 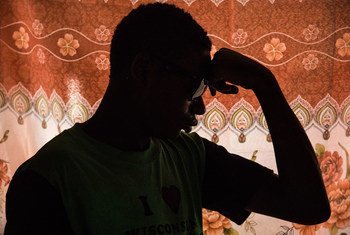 The UN’s top official advocating for children caught up in armed conflict issued new guidance on Monday designed to help expert staff on the ground protect children who are abducted, or who suffer other grave violations.