Ms. Espinosa was speaking at a high-level forum to mark the 20th anniversary of the General Assembly’s adoption of a Declaration and Programme of Action on a Culture of Peace.

“Because peace is more than the absence of war, it needs constant nurturing through the pursuit of dignity and equality, of human rights and justice, of respect and understanding, and of cooperation and multilateralism”, she said.

As UN Chef de Cabinet Maria Luiza Ribeiro Viotti pointed out, although peace is at the heart of the work of the United Nations, it is something that must be addressed daily.

“A culture of peace is inseparable from human rights, respect for diversity, and fairer societies,” she said.

“One main challenge as we strive to achieve the Sustainable Development Goals is to build more preventive and inclusive approaches that ensure the participation of women, young people and vulnerable, marginalized and non-represented groups.”

The Chef de Cabinet said working to achieve peace not only covers traditional notions of security but also challenges such as social injustice, the normalization of hate speech, terrorism, violence against women, and conflict.

Leymah Gbowee from Liberia knows many of these issues first-hand. She won the 2011 Nobel Peace Prize for her role in uniting Christian and Muslim women to help end her country’s 14-year civil war.

She said peace is seen as the absence of bad, rather than the presence of good. However, instead of being “a fairytale of bland happiness”, she views it as quite radical.

“If we dig a little deeper into what a culture of peace actually looks like, it pushes us beyond understanding peace as the absence of conflict and being a positive state itself”, Ms. Gbowee told the gathering.

“A culture of peace creates an environment where people thrive and have their needs met. It looks like a population of satisfied people: healthy children, educated children, a functional health system, responsive justice structure, an empowered, recognized, appreciated and fully compensated community of women; food on the table of every home, and a lot more. It is the full expression of human dignity.”

In her goal to bring the UN’s main deliberative and policy-making organ closer to everyday people, she chose the traditional ruler of the Ashanti people of Ghana to deliver the keynote address: a historic first.

Representing a kingdom that has existed since the 17th century, Otumfuo Osei Tutu II ascended the podium wearing kente cloth and accompanied by two praise-singers.

He highlighted some of the UN’s accomplishments in preserving global security: for example, staving off nuclear war and preventing conflict between nations. However, as he observed, the landscape today is different.

“Warfare is no longer the threat we face from states; it is now a danger we face on a daily basis from our citizens and from all quarters. This new threat comes on the heels of an unprecedented trust deficit in political leadership at the national level. The effect of this trust deficit is to erode the capacity of political leaders to rally their people to coalesce around national interests. The consequence for peace and security cannot be overstated”, he said.

The Ashanti leader called for a new partnership between elected authorities and traditional governance, in the spirit of authentic collaboration. 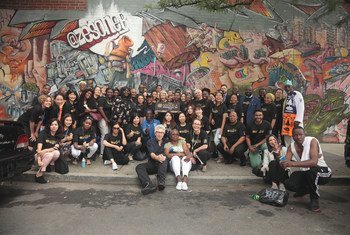 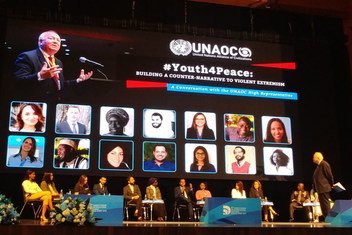