ICAN/Tim Wright
Demonstrators call for a ban on nuclear weapons.

The President of the UN General Assembly, Volkan Bozkir, on Wednesday called for an end to nuclear tests, as ambassadors gathered to commemorate the International Day against Nuclear Tests, observed annually on 29 August.

Despite recent developments in advancing nuclear disarmament, more remains to be done, said Mr. Bozkir, urging countries which have yet to sign or ratify the Comprehensive Nuclear-Test-Ban Treaty (CTBT) to do so without delay.

Today we mark the International Day against Nuclear Tests, an opportunity to remember the victims of nuclear testing, honor the survivors and examine the legacy impacts of nuclear weapons, including that of nuclear waste. My full remarks here: pic.twitter.com/1onIGt3TJ5

“More than 2,000 nuclear tests have been conducted since the advent of nuclear weapons. While the rate of testing has declined, they have not stopped,” he said.

“These tests have long lasting health and environmental consequences. They devastate the communities they impact. They displace families from their homelands.”

Underlining the General Assembly’s commitment to nuclear disarmament, Mr. Bozkir welcomed progress achieved over the past year amid the challenges of the COVID-19 pandemic.

The Treaty on the Prohibition of Nuclear Weapons, adopted in 2017, entered into force this past January after securing the required 50 ratifications.

The United States and Russia also extended their nuclear arms reduction agreement, known as the New START Treaty, for an additional five years through February 2026.

However, he stressed that more needs to be done, including arranging meetings to review the Non-Proliferation Treaty, which must be held no later than February 2022, and convening the Fourth Conference of Nuclear-Weapon-Free Zones and Mongolia, postponed since April 2020.

Mr. Bozkir also called for action to advance the CTBT, adopted in 1996, which bans all explosive nuclear weapons tests anywhere and by any nation.

The treaty has been signed by 185 countries, and ratified by 170, including three nuclear weapon States.  However, it must be signed and ratified by 44 specific nuclear technology holder countries before it can enter into force.

"As my term as the President of the General Assembly comes to an end in a few days, I would like to take this opportunity to call on States that have yet to sign or ratify the Comprehensive Nuclear-Test-Ban Treaty, to do so as soon as possible,” said Mr. Bozkir.

End of an era

The International Day against Nuclear Tests commemorates the 29 August 1991 closure of the Semipalatinsk test site in Kazakhstan, where more than 450 nuclear devices were exploded over four decades during the Soviet era.

The closure signalled “the end of the era of unrestrained nuclear testing”, UN Secretary-General António Guterres said in his message to the event, which was delivered by UN High Representative for Disarmament, Izumi Nakamitsu.

The Secretary-General also called for the CTBT to be ratified, and for renewed global commitment to end nuclear tests. 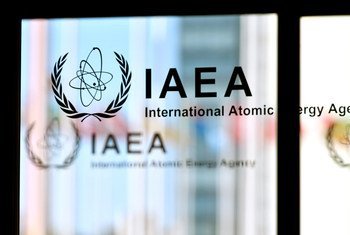 The International Atomic Energy Agency (IAEA) says it is “deeply troubled” by indications that the Democratic People’s Republic of Korea (DPRK) appears to have restarted its Yongbyon nuclear reactor.