UNICEF/Fara Zahri
Young people in Malaysia use their cell phones to stay connected.

Inequality will worsen unless the so-called “digital divide” – the gap between under-connected and highly digitalized countries – is not addressed, warns a new report released on Wednesday by the UN trade body, UNCTAD.

The first-ever Digital Economy Report outlines enormous potential gains from the increasingly inter-connected global economy, but calls for “concerted global efforts to spread the wealth potential to the many people who currently reap little benefit from it.

US and China pull ahead, Africa and Latin America trail behind

The United States and China create the vast majority of wealth in the digital economy, the study reveals, and the two countries account for 75% of all patents related to blockchain technologies, 50% of global spending on the “Internet of Things” (IoT), more than 75% of the cloud computing market, and as much as 90% per cent of the market capitalization value of the world’s 70 largest digital platform companies.

The rest of the world, particularly countries in Africa and Latin America, are trailing considerably behind, and this trajectory is likely to continue, further contributing to rising inequality, said UN Secretary-General António Guterres, in a foreword to the report.

“We must work to close the digital divide” he writes, “where more than half the world has limited, or no access to the Internet. Inclusivity is essential to building a digital economy that delivers for all”.

We must work to close the digital divide, where more than half the world has limited or no access to the Internet António Guterres, UN Secretary-General

Massive increase in data on the horizon

Despite the impact that digital data has already had, the world is still in the early days of the data-driven economy, according to the study, which forecasts a dramatic surge in data traffic in the next few years.

This reflects the growth in the number of people using the Internet, and the uptake of frontier technologies such as blockchain, data analytics, artificial intelligence, 3D printing, IoT, automation, robotics and cloud computing.

Platforms to rule the world

Wealth and power in the digital sphere are increasingly being held by a small number of so-called “super platforms”, comprising the seven global brands Microsoft, Apple, Amazon, Google, Facebook, Tencent and Alibaba.

Between them, these companies account for two-thirds of the total market value of the top 70 platforms: in China, WeChat, owned by Tencent, and AliPay, an Alibaba company, have captured virtually the entire Chinese mobile payment market between them. Google accounts for some 90 per cent of the global Internet search market, and Facebook is the top social media platform in more than 90 per cent of countries.

The reports shows that these companies are competing aggressively to stay on top, acquiring competitors, expanding into new services, lobbying policy-makers, and establishing strategic partnerships with leading multinationals in traditional sectors.

UNCTAD warns that the dominance of these platforms is leading to a concentration and consolidation of digital value, rather than reducing inequalities between and within countries, with developing countries at the bottom of the pile. The report calls for a rethink, that will bring about a fairer distribution of the gains from the digital economy.

The role of government in levelling the playing field

Governments can play a critical role in defining the rules of the game, explains Mukhisa Kituyi, Secretary-General of UNCTAD , by adapting existing laws, and passing new ones in many areas:

“A smart embrace of new technologies, enhanced partnerships and greater intellectual leadership are needed to redefine digital development strategies and the future contours of globalization”, he wrote.

The report calls for greater international collaboration on issues associated with the digital economy, with the full involvement of developing countries, on issues such as competition, taxation, cross-border data flows, intellectual property, trade and employment policies. 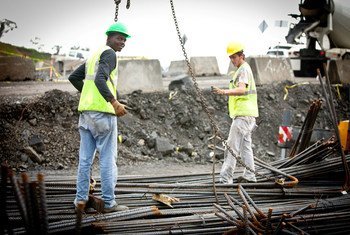 Citing “an external context of greater uncertainty and growing complexity”, the head of the UN Economic Commission for Latin America and the Caribbean (ECLAC), said on Wednesday that the region’s economic growth is expected to decline. 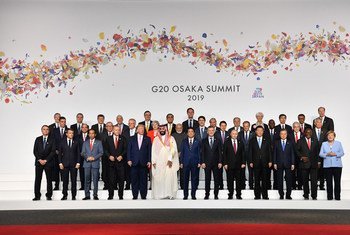