Citing “an external context of greater uncertainty and growing complexity”, the head of the UN Economic Commission for Latin America and the Caribbean (ECLAC), said on Wednesday that the region’s economic growth is expected to decline.

Launching the Economic Survey of Latin America and the Caribbean 2019 at a press conference in Santiago, Chile, ECLAC Executive Secretary Alicia Bárcena pointed to “less momentum from world economic activity and global trade; greater volatility and financial fragility; questioning of the multilateral system; and an increase in geopolitical tensions” as the reasons driving the downward-looking forecast.

According to the report, an unfavorable international scenario will spark a drop in the region’s growth to 0.5 per cent this year – lower than the 0.9 per cent registered in 2018.

Latin America and the Caribbean’s growth will reach only 0.5% in 2019, according to #ECLAC’s latest projections released today. Get to know the causes of this behaviour and check the figures by country in the annual report #EconomicSurvey. More: https://t.co/QQG8HYX60K pic.twitter.com/sRHbeM9b9D

Likewise, low internal growth is attributed to a lack of momentum in investments and exports as well as a fall in public spending and private consumption.

Compared to previous years, the 2019 slowdown will affect 21 of the 33 countries in the region.

On average, South America is expected to grow by 0.2 per cent, Central America 2.9 per cent and the Caribbean 2.1 per cent.

The 2019 Survey cited restricted fiscal space that is fueled by insufficient income levels to cover spending that translates into deficits and debt increases in recent years.

Additionally, structural conditions accentuate external vulnerability and do not help to spur growth – as the export structure focused mainly on primary goods and falling trend in productivity.

According to ECLAC, policy space needs to be expanded to tackle the slowdown and contribute to economic growth, with measures in the fiscal and monetary areas, as well as in investment and productivity.

In the fiscal arena, the survey cites the need to reduce tax evasion and illicit financial flows; promote taxes related to the digital economy, environment and public health; and realign tax expenditures toward productive investment.

The second part of the Economic Survey 2019 analyzes the structural changes in international finance subsequent to the 2007-2008 global crisis – from a regional perspective.

The report suggests that the bond market has gained relative importance with respect to the banking system and that levels of concentration, interconnectivity and pro-cyclicality have intensified. In addition, global debt registers record low levels of 320 per cent of gross domestic product in a context of growth.

To tackle these challenges, the report recommends expanding and standardizing of vulnerability indicators.

It also advocates advancing toward broader and more homogeneous macro-prudential regulation to encompass not only the formal banking sector but also all financial agents, including the so-called “shadow banking system”, in which groups of financial intermediaries facilitate in creating credit across the global financial system.

Economic Survey of Latin America and the Caribbean 2019 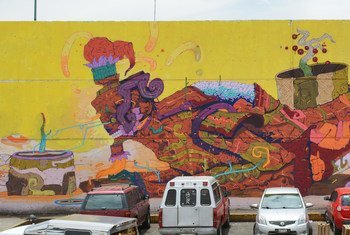 Amid external uncertainty and volatility, the economies of Latin America and the Caribbean will grow by an average of 1.5 per cent this year, thanks to a rebound in private consumption and a slight increase in investment, according to a United Nations flagship report issued on Thursday.