Estimates show that world trade will drop by five per cent this quarter, compared with the 2019 level. While this is an improvement over the nearly 20 per cent decline in the second quarter of the year, it is still not enough to pull trade out of the red.

The value of global trade this year is now set to fall by just 7% to 9% compared to 2019 – a marked improvement on the 20% drop projected at the outset of the #COVID19 pandemic. https://t.co/h0qsVja1S6 pic.twitter.com/900eNfT2jD

Furthermore, UNCTAD expects the value of all good traded to contract by seven to nine percent compared to last year, depending on how the COVID-19 pandemic evolves in the winter months.

“The uncertain course of the pandemic will continue aggravating trade prospects in the coming months”, said UNCTAD Secretary-General Mukhisa Kituyi.

“Despite some 'green shoots' we can't rule out a slowdown in production in certain regions or sudden increases in restrictive policies.”

While the projection represents a decrease, the figure is a more positive result than previously expected, as UNCTAD had projected a 20 per cent year-on-end drop for 2020, back in June.

Trade trends have improved since then, the agency added, primarily due to the earlier than expected resumption of economic activity in Europe and east Asia.

The report points to China, which has shown a notable trade recovery.

Chinese exports had fallen in the early months of the pandemic and stabilized in the second quarter of the year, before rebounding strongly in the next quarter, with year-over year growth of almost 10 per cent.

“Overall, the level of Chinese exports for the first nine months of 2020 was comparable to that of 2019 over the same period”, the report said.

Within China, demand for goods and services has also recovered.  Imports stabilized in July and August, and grew by 13 per cent in September.

Growth and decline in Asia

UNCTAD reported that as of July, the fall in trade was significant in most regions except east Asia.

West and south Asia saw the sharpest declines, with imports dropping by 23 per cent, and exports by 29 per cent.

The report also includes an assessment of trade in different sectors, with the energy and automotive industries hardest hit by the pandemic.

Meanwhile, sectors such as communication equipment, office machinery, and textiles and apparel, have seen strong growth due to the implementation of mitigation responses such as teleworking and personal protection measures.

Between January and May, sales of medical supplies from China, the European Union, and the United States, rose from $25 billion to $45 billion per month.  Since April, trade has increased by an average of more than 50 per cent.

However, the authors found wealthier nations have mainly benefited from this trade, with middle and low income countries priced out from access to COVID-19 supplies.

Residents of high income countries have on average benefited from an additional $10 per month of imports of COVID-19 related products.  This compares to just $1 for their counterparts in middle income countries, and 10 cents for those in low income nations.

UNCTAD warned that if a COVID-19 vaccine becomes available, the access divide between wealthy and poor countries could be even more drastic.

The report urges governments, the private sector and philanthropic organizations to continue mobilizing additional funds to fight the pandemic in developing countries and to support financial mechanisms that will provide safe and effective COVID-19 vaccines to poor countries

♦ Receive daily updates directly in your inbox - Subscribe here to a topic.
♦ Download the UN News app for your iOS or Android devices.
unctad|COVID-19|coronavirus 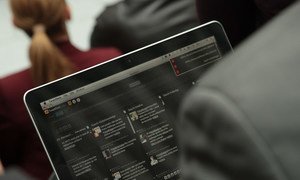 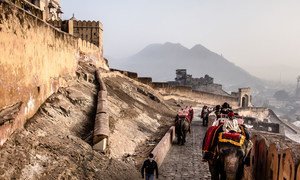 Tourism is much more than visiting cultural landmarks or swimming in tropical beaches; it is “one of the world’s most important economic sectors”, the UN chief said on Tuesday.