© UNICEF/UN0248372/Watad
Children at a school tent in the northern Idlib, Syria. Humanitarian emergencies deprive children of health, nutrition, water and sanitation, education and other basic needs.
26 February 2019
Peace and Security

Developments in Syria from December to January:

Nearly eight years on since mass-protests first began against the Syrian Government in 2011, she painted a picture of what life is like for some 41,000 displaced mainly women and children in Rukban camp, near the Syria-Jordan border, calling it “a dire humanitarian situation” where people struggled for survival, face hunger and lacked the most basic necessities.

Although the UN and Syrian Arab Red Crescent delivered essential aid, as part of the largest convoy of the entire war - vaccines and logistical items in 133 trucks during a 10-day mission earlier this month - “the gravity of the situation for civilians in Rukban means that sustained humanitarian access is needed moving forward”, she explained, noting that supplies are expected to last “only 30 days.”

Moreover, she flagged that internally displaced persons (IDPs) expressed concerns over their lack of documentation, safety and security, worrying particularly about detention and military conscription.

The UN remains “extremely concerned” for civilians who remain in the last ISIL-held areas in south-eastern Deir-ez-Zor Governorate, and for those who were able to flee the fighting, Ms. Ghelani told the Council.

She pointed out that since late last year, over 37,000 people fled from Hajin to the A1-Hol camp some 300 kilometres to the north, where “three-quarters of the total population…is now made up of women and children under the age of five.” Moreover, thousands more are expected to arrive at in the coming days.

“Response efforts are being scaled up in Al Hol camp, but also in Hajin and surrounding areas, despite considerable security challenges,” she stated. Adding that the UN had established a transit centre midway between Hajin and A1 Hol.

Meanwhile, although the demilitarized-zone agreement between Turkey and Russia to protect millions of civilians in Idlib staved off an immediate escalation of fighting in the last rebel-held enclave in Syria, dozens of civilians have still died or been injured due to conflict increased fighting over the last few weeks.

She thanked donors for their generous $5 billion support in 2018 and urged Member States to “ensure timely funding” for humanitarian operations in Syria and neighboring refugee-hosting countries in 2019.

“The [pledging] Conference in Brussels on 12-14 March will be a critical marker in this regard”, Ms. Ghelani said.

Earlier on Tuesday, the Security Council adopted a resolution renewing for a year, financial and travel ban sanctions against any actors who threaten the peace, security and stability of Yemen.

The Council also reaffirmed a 2015 arms embargo against the Houthi rebel group and forces loyal to the deceased former president, Ali Abdullah Saleh, and his son Ahmed Saleh.

In addition to renewing the sanctions, it extended the mandate of the Yemen Panel of Experts until March 2020, requesting that an update be presented to the Yemen Sanctions Committee by the end of July, and a final report to the Council by 28 January next year.

Last week, the Council issued a press statement stressing the “critical importance” of the parties’ implementing their commitments under the Stockholm Agreement, and called for “the immediate implementation” of the first phase of the redeployment of forces.

♦ Receive daily updates directly in your inbox - Subscribe here to a topic.
♦ Download the UN News app for your iOS or Android devices.
security council|Yemen|syria 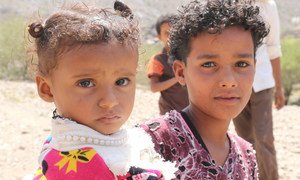 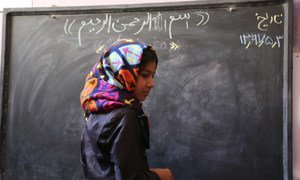