Extreme weather hit 60 million people in 2018, no part of the world spared

© UNICEF/UN0250967/Watson
On 17 October 2018 in Indonesia, Saiful and Gilang walk over the rubble and past the fallen mosque, carrying salvaged metal they hope to sell. Rubble and broken houses are all that remains of Belaroa, Sulawesi, which was completely destroyed by a powerful earthquake on 28 September 2018.
24 January 2019
Climate and Environment

With some 60 million people affected by extreme weather in 2018, according to a new study, the UN Office for Disaster Risk Reduction (UNISDR) called for better management of the issue worldwide, in a statement published on Thursday.

The study cited by the agency, from the Centre for Research on the Epidemiology of Disasters (CRED) –  showed that earthquakes and tsunamis claimed more lives than any other type of hazard, with over 10,000 lives lost in the last year; whilst floods, droughts, storms and wildfires affected more than 57 million.

Floods affected the largest number of people – over 35 million – with 23 million in the Indian State of Kerala alone. Storms are expected to be the costliest type of disaster once final economic losses are compiled: the cost of the damage caused by Hurricane Michael, which inundated the eastern seaboard of the United States, is estimated to reach around $16 billion.

Asia once more dominated the disaster landscape in 2018. Despite high death tolls from seismic activity including #tsunami Indonesia was not in the top ten in terms of numbers of people affected #ResilienceForAll #SendaiFramework pic.twitter.com/mdOtGh6aci

2018 was a record-breaking year when it came to wildfires, with the US experiencing its deadliest outbreak in over a century (it was also the costliest on record), and Greece suffering a record number of casualties from wildfires, with 126 losing their lives.

As for drought, over 9 million people were affected worldwide, with the Kenyan population accounting for a third of the total, followed by Central American countries (2.5 million people), including migration hotspots Guatemala, Honduras, El Salvador and Nicaragua.

The head of CRED, Debarati Guha-Sapir, acknowledged that the human impact of all disasters, particularly drought and extreme temperatures, is poorly reported, especially in low-income countries. Innovative approaches that measure progress and report on specific Sustainable Development Goal targets need to be urgently addressed by appropriate UN agencies, she added.

Mami Mizutori, Special Representative of the Secretary-General for Disaster Risk Reduction and head of UNISDR, said that, with time running out to limit global warming to 1.5˚C or even 2˚C, climate change adaptation needs to be a high priority, citing measures such as “reducing disaster risk in our cities, avoiding the creation of new risk by better land use, stronger planning regulations and building codes, safeguarding protective eco-systems, reducing poverty, and taking active measures to reduce exposure to rising sea levels.” 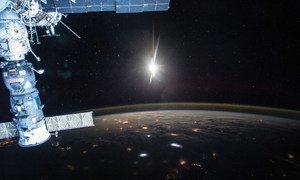 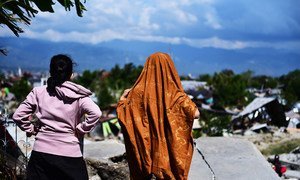 United Nations Secretary-General António Guterres has called for greater preparedness to offset the disastrous impact of tsunamis, which are causing increasing human, economic and development losses, illustrated most recently by the destruction across the Indonesian island of Sulawesi.