UNICEF/Arimacs Wilander
People look at destroyed buildings in West Palu, central Sulawesi, in the aftermath of an earthquake and tsunami that struck the island in September 2018.

United Nations Secretary-General António Guterres has called for greater preparedness to offset the disastrous impact of tsunamis, which are causing increasing human, economic and development losses, illustrated most recently by the destruction across the Indonesian island of Sulawesi.

“Tsunamis are rare but devastating,” said the Secretary-General in a message on World Tsunami Awareness Day, adding that he saw the impact “first-hand” during his recent visit to Sulawesi.

According to the UN coordination office for humanitarian affairs (OCHA), the disaster claimed 2,077 lives, with more than 1,000 still missing. In all, over 1.5 million people were affected, including 211,000 displaced, and the disaster resulted in estimated $910 million in damages.

Globally, the scale of losses to tsunamis is staggering: between 1998-2017, over 250,000 people died and $280 billion was lost as a result of tsunami events, according to the UN Office for Disaster Risk Reduction (UNISDR), with countries along the Indian and Pacific Oceans worst hit.

Better preparation for likely disasters is therefore vital, added the Secretary-General, noting also that such efforts are required to implement the targets under the Sendai Framework for Disaster Risk Reduction as well as for eradicating extreme poverty.

“World Tsunami Awareness Day is an opportunity to emphasize again the importance of disaster prevention and preparedness,” he said, “including early warning, public education, science to better understand and predict tsunamis, and development that takes account of risk in seismic zones and exposed coastal areas.”

María Fernanda Espinosa, the President of the 73rd session of the General Assembly, also highlighted the need for robust preparedness and prevention.

Speaking at a commemorative event at the UN Headquarters, in New York, Ms. Espinosa said that the destructive force of tsunamis can quite literally “wash away” cities, villages, lives and livelihoods.

“For countries and regions at risk, avoiding such risk requires investing in risk-informed development,” she said, adding that on the human side, strengthening public awareness and preparedness “must be pursed with every effort at our disposal.”

Efforts addressing disaster risk and in recovering from hazards also offer “one of the strongest spaces for multilateralism,” the Assembly President continued, citing examples of countries working together in response to the 2017 hurricanes in the Caribbean, the 2015 earthquakes in Nepal, and the recent tsunami in Indonesia.

Lastly, she also called for programmes to focus on women, the elderly, and persons with disabilities, given that these groups are disproportionately impacted by disasters.

This year, the World Day focuses on Target “C” of the Sendai Framework, which aims at reducing economic losses due to tsunamis. 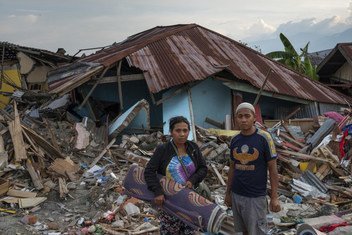 More emergency shelter supplies and relief for thousands of victims of Indonesia’s recent earthquake and tsunami is set to arrive on the island of Sulawesi in the coming days, the UN refugee agency (UNHCR) said on Friday, amid reports from staff that the devastation is “beyond imagination”. 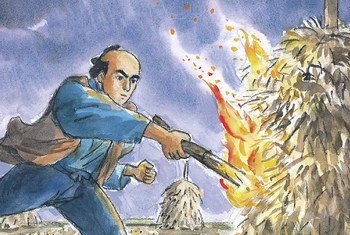