Scott Kelly/NASA
The breaking of dawn over planet Earth, seen from the International Space Station.

Big data are extremely large datasets, which, upon analysis can reveal complex patterns in real-world situations such as the movement of people or humanitarian needs in the aftermath of a disaster.

Synergies between such big data and space-based information, such as satellite imagery, can have profound benefits for both disaster risk reduction and sustainable development, according to the Platform for Space-based Information for Disaster Management and Emergency Response (UN-SPIDER), a specialized programme of the UN Office for Outer Space Affairs (UNOOSA).

The importance of these technologies will only grow in the future, it added.

In addition, the applications of space technology and newer domains, including big data, are vital for developing countries, explained the UN office.

“[These] countries are particularly susceptible to the impact of natural hazards as societies are more vulnerable and exposed, and less resilient to recover when disasters strike,” it added.

The one-day expert meeting, entitled “Towards Big (Space) Data in Support of Disaster Risk Reduction and Emergency Response in Africa”, took stock of new developments in the implementation of the Sendai Framework – as they pertain to big data and space technologies.

It also identified ways to strengthen African countries’ capacity in the use of big data and satellite technologies, as well as the technical needs in the continent, to tailor UN-SPIDER support efforts on the continent, in line with its mandate and the Africa Space Policy, adopted by the African Union in 2016 on the development and use of space science and technology for socio-economic progress in the continent.

According to UNOOSA, the outcomes and recommendations from the forum will be incorporated into UN-SPIDER’s plan of work for the coming years. 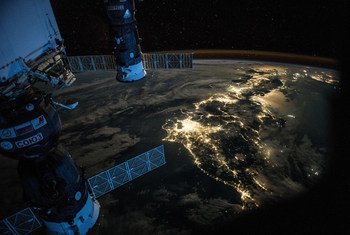