As the year closes out, UN political chief talks the art of diplomacy – and crises to watch in 2019

As the world – and the United Nations – continues to grapple with political crises, we look at the political landscape with Under-Secretary-General for Political Affairs Rosemary DiCarlo. We begin by asking her what it’s like to be the top UN political officer.

“My role is twofold. First is to help resolve conflict and to help prevent conflicts.  Our role in the Department of Political Affairs – soon to be Political and Peacebuilding Affairs is very much focused on preventing conflict as well. And we work on a range of issues, many that do not come before the Security Council. Our goal is to help resolve them before they come to the … Council.”

“I cover the entire world now. I have never in my entire career had a job where I had to cover the entire world,” Ms. DiCarlo said in her first interview with UN News. As the Deputy to at the US Mission to the United Nations, I worked a lot on issues that came before the Security Council. In the Security Council, one promotes one government’s positions and policies. Of course, one is there to broker agreements among other members.”

“But where I am now, I find it all the more complicated, that it takes a different set of skills to work with so many individuals and countries to be able help resolve a particular issue or come to agreement on particular matters. I do think that having worked in the Security Council, I do have a perspective of a Member State, an understanding what is expected of us – and they expect a lot, I have to say – but that has I think helped me in this position in the first few months.”

Here are some of the main issues on the UN political agenda – in no particular order – for the coming year, according to UN political affairs chief DiCarlo.

UN Photo/Loey Felipe
Rosemary A. DiCarlo, Under-Secretary-General for Political Affairs, addresses the Security Council meeting on Non-proliferation and the Democratic People’s Republic of Korea on 17 September 2018.

Images of starving Yemeni children shocked the world this year, as it emerged that more than eight million Yemenis are now on the verge of famine, of them 1.8 million children under the age of five who are acutely malnourished.

The humanitarian situation in Yemen has been “horrific” given the destruction, devastation and loss of life since 2011 but the UN is “very, very grateful” to see the two sides – the Government of Abdrabbuh Mansour Hadi and the Houthi forces – come together in Sweden earlier this month to discuss an end to the conflict.

There are now UN monitors on the ground [led by retired Dutch General Patrick Cammaert] to see if there are violations of the ceasefire agreement on the port city of Hudaydah, and also to help open up pathways so that aid can be received at the port and distributed in other parts of the country.

Ms. DiCarlo also told UN News that the agreement on a ceasefire is only the beginning: “There’s a lot more to be done to resolve the conflict in Yemen, but this is a very good start.”

She credits the good offices of Special Envoy Martin Griffiths for the progress made so far.

The Secretary-General’s “good offices” is a term for work led by the Secretary-General, one of his senior officials or individuals working on stand-by, prepared to help mediate a dispute. All this happens only with acceptance and permission of the people involved. The issues could be related to any issue, from elections to access to a port city, as in the case of Yemen.

After nearly eight years of war, more than 13 million people need aid – including 6.1 million people who have been internally displaced, and 5.5 million people living as refugees in Iraq, Jordan, Lebanon and Turkey. Along with these figures from the UN humanitarian affairs office (OCHA) , consider this one – 66 per cent of children in Syria have lost a loved one, had their house damaged or suffer conflict-related injuries.

“Syria has been with us for a long time and we have not really moved forward on a political process, but our intention is to keep supporting those efforts,” Ms. DiCarlo said.

Starting in January, the UN-led efforts at diplomatic negotiations will be headed by Geir Pederson, who succeeds Staffan de Mistura, Lakhdar Brahimi and the late Kofi Annan.

The latest discussions have been on creating a new, more inclusive Constitution in post-war Syria, which has been the focus of intensive consultations among three countries heavily invested in Syria’s future – Iran, Russia and Turkey.

The new year brings new unknowns, including the latest announcement that the United States is pulling its troops out of Syria, and what that means for the conflict and the road home for those affected.

We have not seen progress, have not seen conditions that are appropriate for refugees to return – Ms. DiCarlo on the Rohingya refugee crisis

“We have not seen progress, have not seen conditions that are appropriate for refugees to return, both in terms of the physical layout but also in terms of political guarantees,” Ms. DiCarlo told UN News about the situation of Rohingya refugees who have fled from Myanmar into Bangladesh.

Under an agreement struck between the two countries, thousands of refugees who fled starting in August 2017 were due to return to Myanmar last month. But none wanted to for fear of the Myanmar army, also known as the Tatmadaw – and other groups – which has been accused of committing genocide.

In 2016, combatants from the FARC (Fuerzas Armadas Revolucionarias de Colombia) laid down their weapons after 50 years of bloody conflict that killed more than 260,000 people and displaced some seven million.

Ms. DiCarlo visited Colombia in early December and met with some of former combatants who are now parliamentarians, tailors, bakers and teachers.

“The United Nations has given to these communities help to develop livelihoods so they can turn from the activities of its previous movement,” she said. “I saw a number of FARC now in the legislature and very proud of a group that is making decisions on the future of the country.”

The UN says the reintegration process has made progress but remains complex: “It’s steady work and there’s a way to go, but I think the United Nations can be proud of the role it played in helping to bring about an agreement but also in verifying the implementation of it.”

As part of the pace deal, a special chamber is looking into egregious crimes that took place during the conflict, and a truth commission set up in May is hoping to help victims heal from the trauma of the conflict.

The opinion of whether these will bring justice “is divided,” Ms. DiCarlo said.

“There’s also a sense of extreme gratitude on the part of a lot of people that the violence that they saw before is over. Although there is still some violence from criminal groups that have come in. It’s going to be a long-term process,” Ms. DiCarlo said.

“I saw a very vibrant society and sense among the group that they have a stake in the future of the country.” 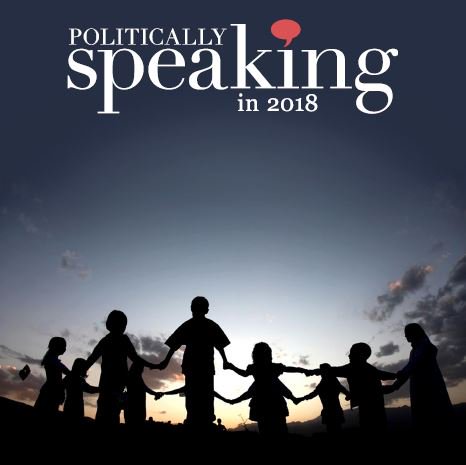 ♦ Receive daily updates directly in your inbox - Subscribe here to a topic.
♦ Download the UN News app for your iOS or Android devices.
Political Affairs