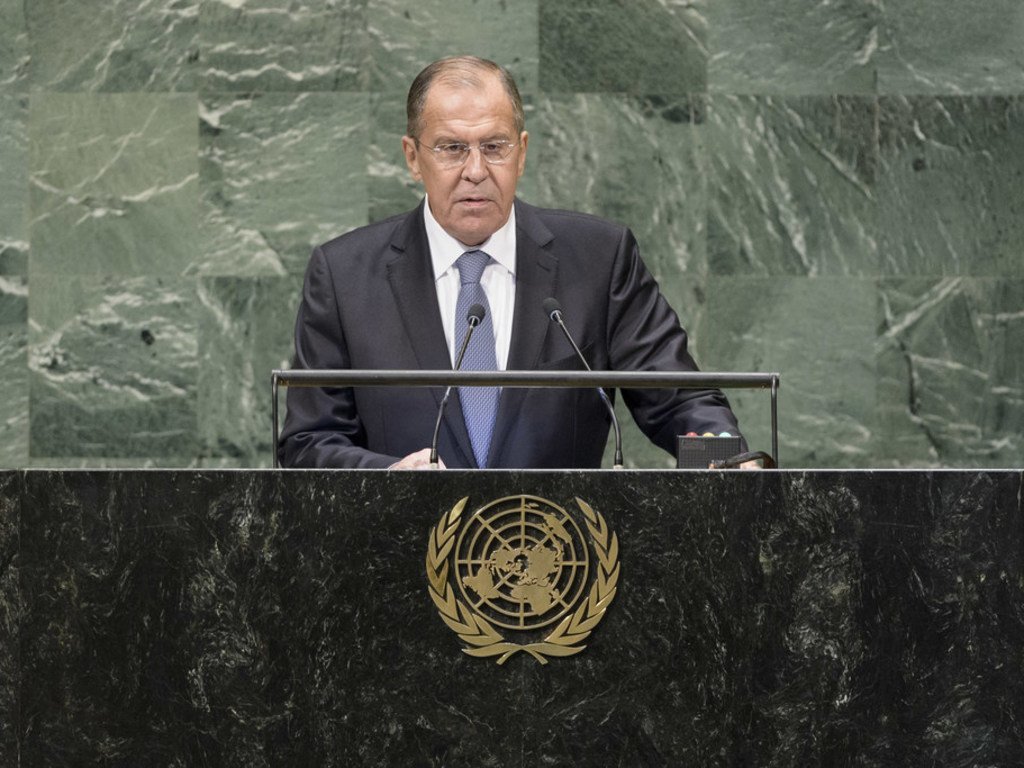 Denouncing their use of “political blackmail, economic pressure, and brute force,” Russian Foreign Minister Sergey Lavrov mounted the podium of the United Nations General Assembly on Friday to accuse Western States of seeking to retain their self-proclaimed status as ‘world leaders.’

“We hear loud statements that not only call into question the legal validity of international treaties, but also declare the priority of self-serving unilateral approaches over the decisions taken in the framework of the United Nations,” he told world leaders on the fourth day of the Assembly’s annual general debate.

He specifically cited the United States unilateral withdrawal from the nuclear accord with Iran, calling it an example of “belligerent revisionism”. He also denounced attacks against the basic principles of the Middle East peace process and renounciation of commitments within the World Trade Organization and to the multilateral Paris climate accord.

“The international community has to pay a high price for the parochial, self-serving ambitions of a small group of countries,” Mr. Lavrov said.

“We are concerned about the desire to open yet another line of confrontation in Europe – this time, in the Balkans. The States of the region are being insistently drawn into the North Atlantic Treaty Organization (NATO),” he said.

“Repeating the mantras about the inadmissibility of any interference in their domestic affairs, the European and US leaders in person are campaigning for the accession of the Balkan countries to the North Atlantic Alliance,” he added.

He charged that the international military presence in Kosovo authorized by the Security Council is being transformed into a US military base.

“Russia continues to do its utmost to build a world on the basis of law, truth, and justice, he pledged, and cited US President Harry Truman, a prime foe of the Soviet Union that preceded the current Russian Federation: ‘Great nations lead by the force of example rather than domination.’”

“I hope that the culture of mutually respectful dialogue will finally prevail. Russia will do its utmost to promote this goal,” Mr. Lavrov stated.