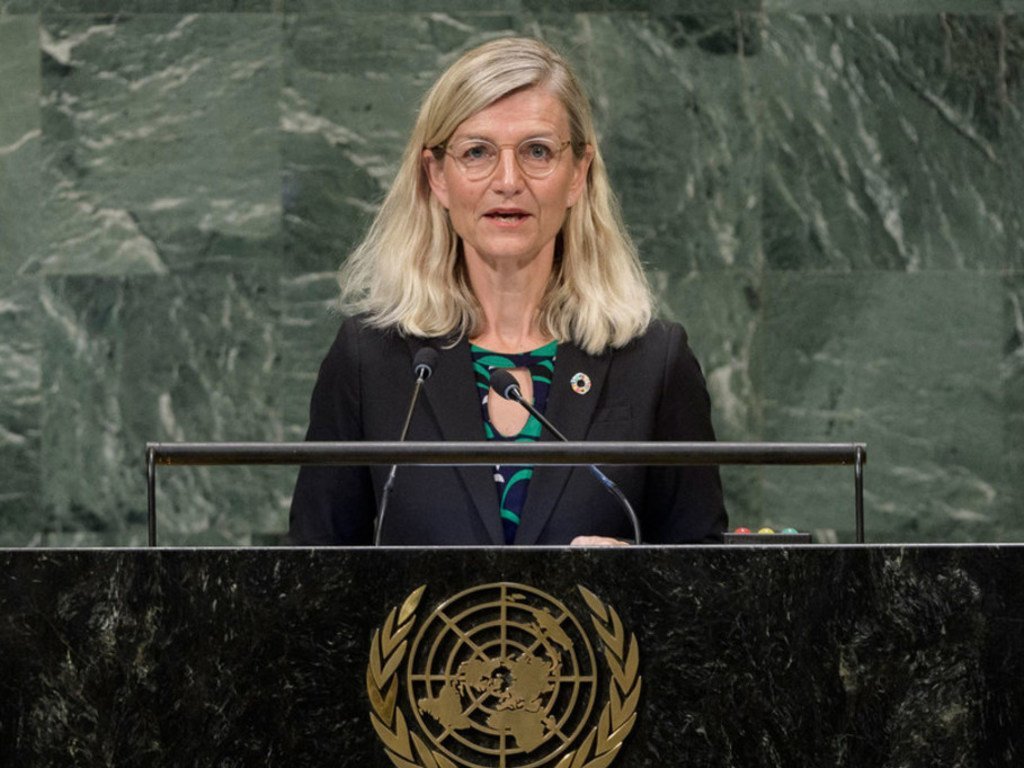 All parts of the United Nations “must embrace this opportunity to change and create real improvements to the benefit of the people,” Ulla Tørnæs, Denmark’s Minister for Development Cooperation, said on Friday, stressing that the world body’s Member States had thrown their support behind the Secretary-General's ambitions reform agenda and now it was time to make those proposals a reality.

“Denmark intends, for example, to contribute more than $10 million to support the establishment of the new Resident Coordinator system “and we encourage others to follow suit,” she told delegations gathered for the General Assembly’s annual general debate.

On gender equality and women’s rights, Ms. Tørnæs asserted that to maintain “peace and prosperity” gender equality is not only a “fundamental human right” but a “precondition.”

She cautioned that “when it comes to education, we can and must do better.” New technology and education go a long way to assisting the nearly 130 million girls who do not go to school.

Ms. Tørnæs next turned her focus on youth, noting that “Denmark was the first country to announce a contribution to the Secretary Generals new Youth Strategy,” as well as stressing that “we need to give young people a seat at the table.”

Touching on the issue of climate change, the Minster reaffirmed Denmark’s commitment to the 2030 Agenda and the Paris Agreement .

Calling on her fellow Member States as the world’s largest humanitarian donor per capita, the Minister closed with these thoughts: “The problems facing the world are dire. We will only be successful if we act together. Multilateralism and cooperation must be the foundation.”