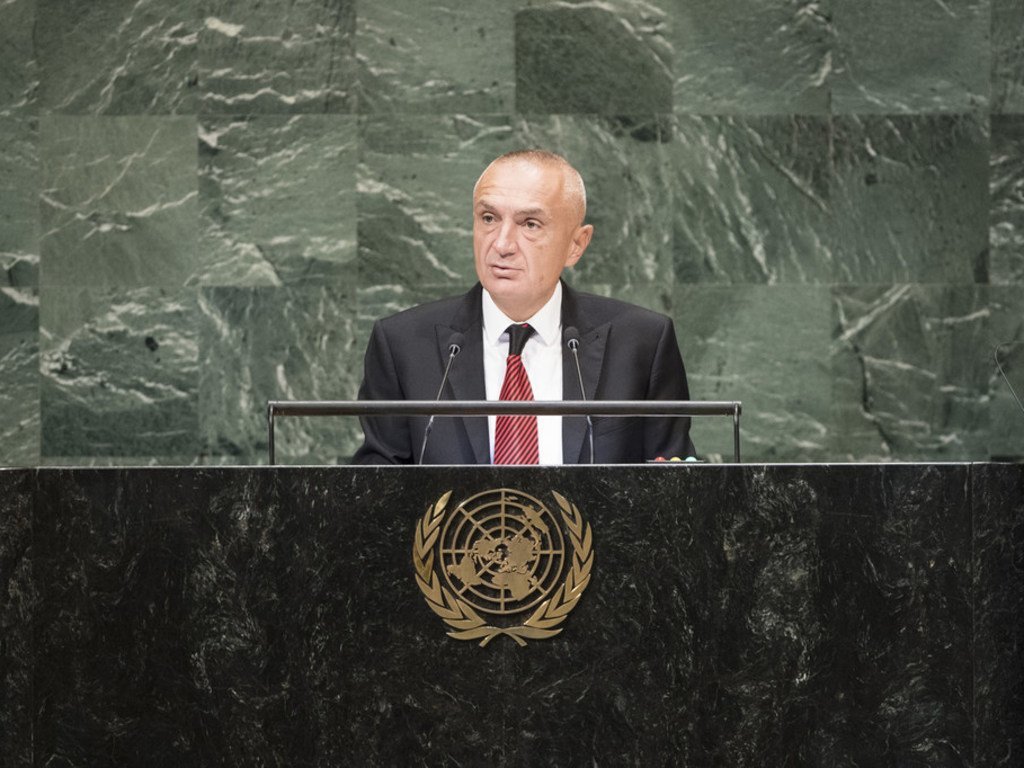 At the United Nations General Assembly’s annual debate on Friday, Albanian President, Ilir Meta told world leaders that “we continue to see the UN as a multilateral instrument through which peaceful international order is safeguarded.”

“We strongly believe that (Agenda 2030) is universal,” he said, referring to the sustainable development framework adopted by UN Member States in 2015, adding that “it is relevant to and applicable in all countries of the world. We have taken a clear stance through a unanimous resolution adopted by the Albanian Parliament expressing our firm commitment to implementing and achieving these (related) goals (SDGs).”

Acknowledging his country’s accession negations with the European Union and their status as a member of the North Atlantic Treaty Organization (NATO), the President stressed how important, in conjunction with the UN, these world organizations are to “in implementing sustainable development policies and contributing to the universal respect of the human rights.”

“Albania fully supports a more effective UN agenda through a more integrated peace and security architecture, with peacekeeping operations being vital instruments and a flagship activity of the United Nations. We support the recent initiative of the Secretary General – Action for Peacekeeping (A4P) – and we have endorsed the Declaration on this initiative.”

He further goes on to reaffirm support for UN Security Council resolution 2242 as “Albania believes that the protection of civilians, women and children are of a crucial importance in peacekeeping operations, because the life of every person is precious.”

Highlighting Albania’s engagement on the issues of drugs and climate change, Mr. Meta asserted that his country supports, respectively, the recent Declaration on Global Call for Drug Problem in the World and the Paris Agreement on climate change.