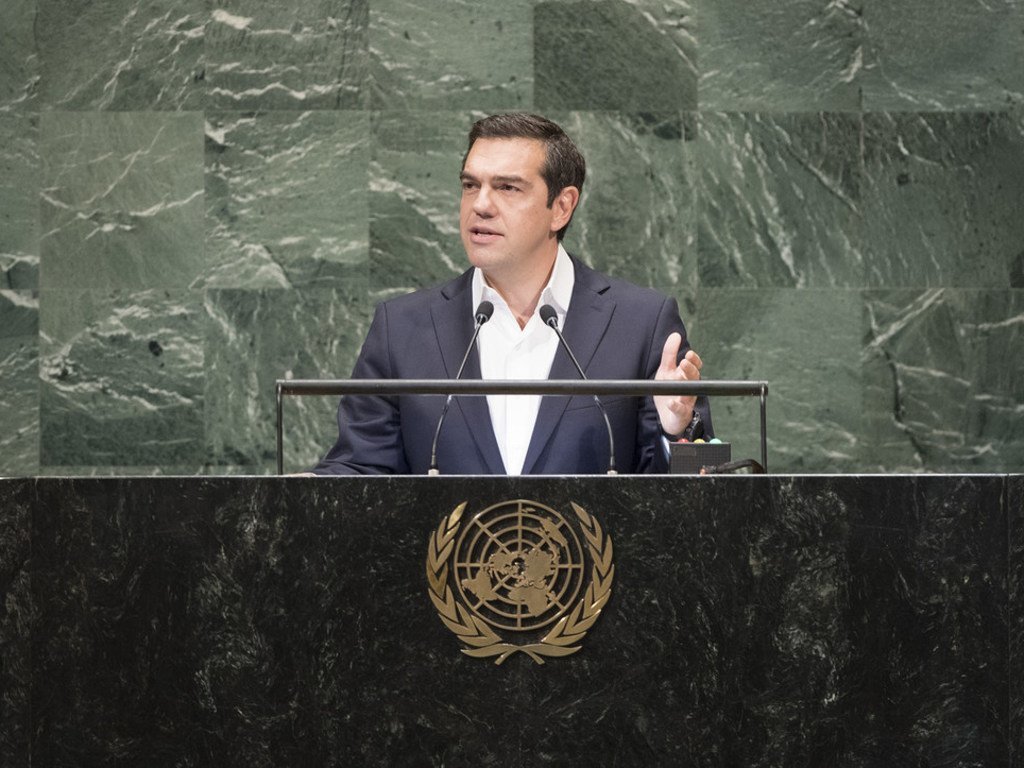 Recalling the challenges confronting Greece not so long ago, and the calls at the time from various quarters urging unilateral steps and disengagement with the international community, Prime Minister Alexis Tsipras underscored at the United Nations on Friday the importance of collective action and wisdom to overcome complex problems.

The “logic” proposed by such groups to crises that hit three years ago: the Eurozone, regional security issues and refugee crises, the Greek leader recalled, “was simple – ‘not in my backyard’.”

Greece, nonetheless, confronted the issues and such ideas “dynamically” he said.

“Not only did we manage to stay standing, overcoming these difficulties, but we became part of the solution, rather than the problem […] we did this without resorting to a nationalist politics that would lead us to leaving the Eurozone, escalating tensions with neighbours, or violating human rights and international law.”

Highlighting the impact of the refugee crisis on Greece – whose islands are often the first stop for millions of people trying to make their way to mainland Europe – the Prime Minister underscored that his country’s response to the challenge is a practical one, based on human rights.

Without giving in to nationalist and xenophobic voices that called for push-backs, Greece supported the difficult but necessary European Union‑Turkey statement, while accepting that those who do not need international protection return to transit countries where they are safe, he added.

“The people of Greece, despite their difficulties, opened their arms to incoming migrants, showing the world what solidarity means,” said the Prime Minister.

In his address, Prime Minister Tsipras expressed that challenges that are common by their very nature, can only be dealt with collective action, based on shared values, and urged international organizations to be more effective in responding to needs on the ground.

In conclusion, the Greek leader also expressed his country’s support for the 2030 Agenda for Sustainable Development, the Global Compact on Migration, the Paris Agreement on climate change and the Joint Comprehensive Plan of Action (JCPOA).

♦ Receive daily updates directly in your inbox - Subscribe here to a topic.
♦ Download the UN News app for your iOS or Android devices.
greece|General Debate 73