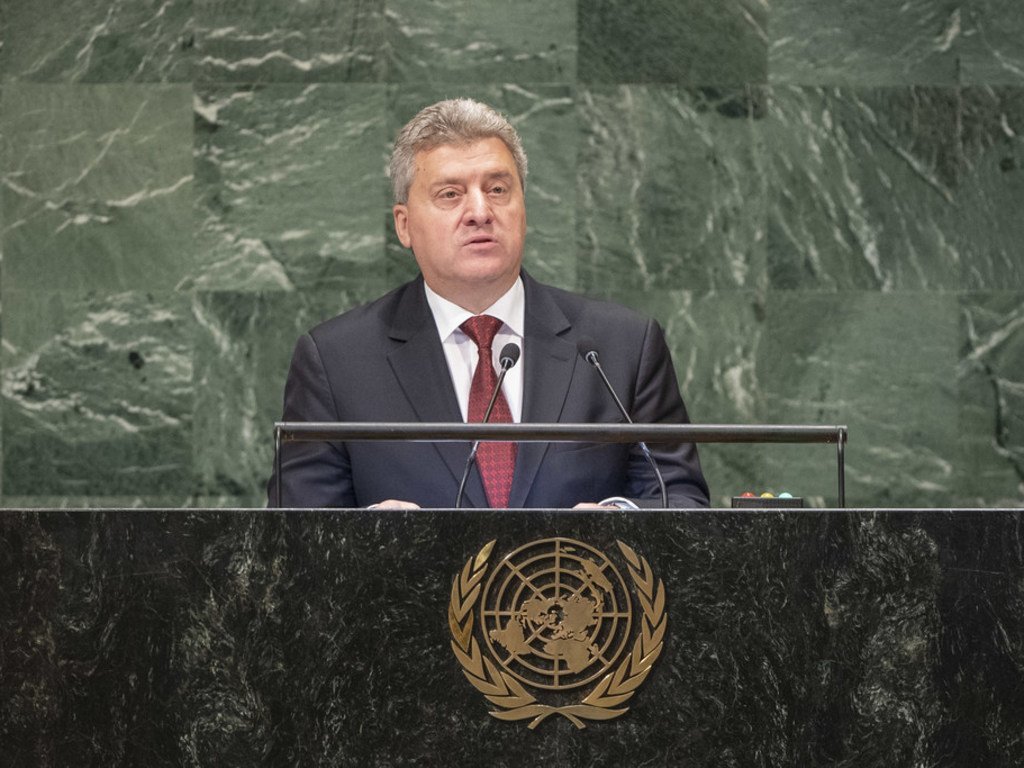 Reminding the General Assembly on Thursday that Macedonia had been a co-founder of the United Nations, Gjorge Ivanov, President of the former Yugoslav Republic of Macedonia, strongly rejected a referendum on changing the name of his country, calling it “a flagrant violation” of sovereignty.

“The aim is to limit the use of the name ‘Macedonian’ to the smallest possible space – and that is the space between our two ears, all while keeping our mouths closed,” said President Ivanov, adding: “It is a flagrant violation of the right to self-determination.”

Negotiations on the name dispute between Greece and the former Yugoslav Republic of Macedonia began in 1993, and have taken place under the auspices of the UN Secretary-General, led since 1999 by his Personal Envoy, Matthew Nimetz.

In the assembly today, President Ivanov said: “As I am speaking here, in my country, the Republic of Macedonia, they are counting the last hours before the referendum on which my fellow citizens have been asked to express themselves on the Prespa Agreement,” which would reportedly change the name of his country.

He denounced that Agreement, reached this past June, as a detrimental compromise, and likened it to “a bitter fruit of a tree that has been poisoned a long time ago”.

Emphasizing that the right of self-determination means that only the nation itself has the right to determine its destiny, based on autonomy, he stated it is “the right of people to choose their own name and the name of the State they created.”

“Only by respecting the right to self-determination will the United Nations be relevant for all peoples,” he underscored. “Still, with the Prespa Agreement, Greece is imposing a new name and is asking for an erga omnes implementation.”

He railed against giving Greece a “permanent monitoring” role over his country, from its name to its institutions, from censoring children’s schoolbooks to preventing citizens from expressing their Macedonian identity.

Urging his compatriots to refrain from Sunday’s vote, he indicated that if the referendum succeeds, “we will be a State only by name, but not in substance, because others will regulate our way of life.”

“However, if the referendum fails, a new possibility will arise,” he said, one to discuss and explore new options for resolving the issue “by respecting our fundamental right to self-determination”