What are the key events that have led the Central African Republic (CAR) to go from being a land-rich nation full of optimism at independence, in 1960, to an impoverished country facing multiple challenges, and the subject of a high-level meeting at UN Headquarters on Friday?

What is now CAR was annexed by France until winning its independence in 1960. 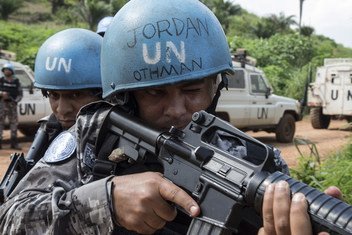 A truce, known the Bangui Agreements, was signed in 1997 that mandated an inter-African military mission be deployed to the country.

In 1998, the UN replaced those troops with its own Mission in the Central African Republic, or MINURCA, establishing the first UN peacekeeping mission there.

Since that time, the UN has maintained a continuous presence that has encompassed peacekeeping, peacebuilding and political missions.

Despite significant mineral wealth and rich arable land, the International Monetary Fund (IMF) lists CAR among the 10 poorest countries in the world, with the lowest Gross Domestic Product for 2017. The UN Development Programme’s (UNDP) 2018 statistical update, ranked CAR second from last out of 189 countries, with the lowest level of human development.

A recent Food and Agriculture Organization (FAO) report revealed that civil conflicts, consecutive years of reduced agricultural production and poorly functioning markets, have left some 43 per cent of the population in need of urgent assistance.

Public health is also at a crisis point. The UN agency leading the fight against HIV/AIDS said that less than 35 per cent of Central Africans living with HIV access treatment, calling it among “the lowest in sub-Saharan Africa”.

Moreover, the country’s magnificent wildlife continues to suffer, also. According to UN Environment (UNEP), elephants, giraffes, rhinos and others are being targeted in wildlife conservation areas – caught in the crosshairs of armed groups and highly militarized illegal poaching operations. 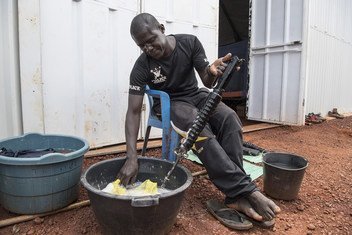 At the same time, fighting between the mostly Christian anti-Balaka militia and the mainly Muslim Séléka rebel coalition has plunged the CAR into civil conflict since 2012. While a peace agreement was reached in January 2013, rebels seized the capital of Bangui that March, forcing President François Bozizé to flee.

Concerned with the security, humanitarian, human rights and political crisis within the country and its implications for the region, MINUSCA, the UN Multidimensional Integrated Stabilization Mission in the CAR, began operating in 2014 under Chapter VII of the UN Charter.

The dangerous situation has prompted four dedicated Security Council meetings in 2018 alone, as well as two on the Central African region overall.

More than two years after the inauguration of President Touadéra, and following the first meeting, in April, of the International Support Group on the CAR, the High-Level Ministerial Meeting is taking place as a side event of the UN’s seventy-third general debate.

The meeting aims to take stock of CAR’s political process and see what can be done to help stabilize the nation, including with regional countries; and also explore ways to address continuing violence and prevent worsening conflict.