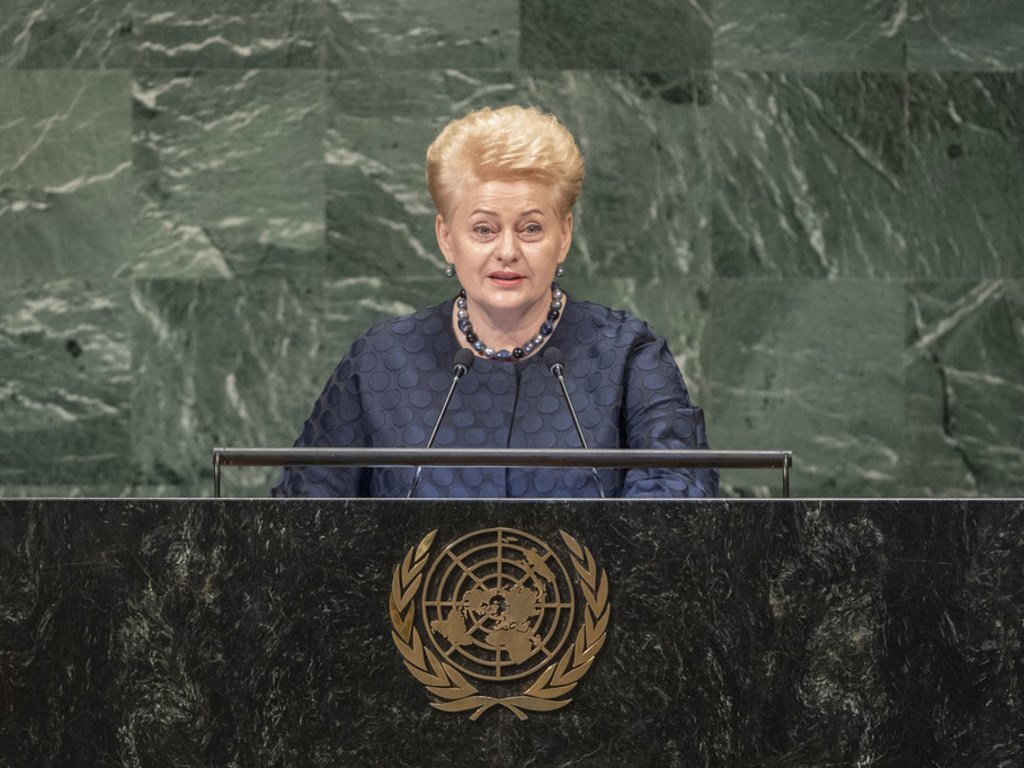 Multilateralism and cooperation must be the focus of dialogue between United Nations Member States as Lithuania’s President warned against ‘nationalism and division’ at the General Assembly on Thursday.

Highlighting the reality of the world we live in today and drawing on examples from the past and present, President Dalia Grybauskaitė said that even though multilateral institutions exist to protect the world’s citizens, “we must recognize that we, the Member States, have the power and resources to enable United Nations to stand up for freedom, equality and humanity.”

“We cannot let the voices of nationalism and division win over dialogue and cooperation,’ she cautioned world leaders gathered for the Assembly’s annual general debate.

She went on to say that “before we seek to destroy multilateral institutions, commitments and agreements, we must know what we want to build instead.”

“So far, we have been too quiet, too passive, too ignorant.”

Multilateral and world Organizations, including the UN Security Council are ‘not perfect,’ and it is up to the countries that make up the United Nations to work together, she decalred, closing with: “We are the UN, so let’s take responsibility for our future, empowering the UN to act.’