Maduro ‘brings the truth’ about Venezuela to UN Assembly; says he is ready to meet US President Trump 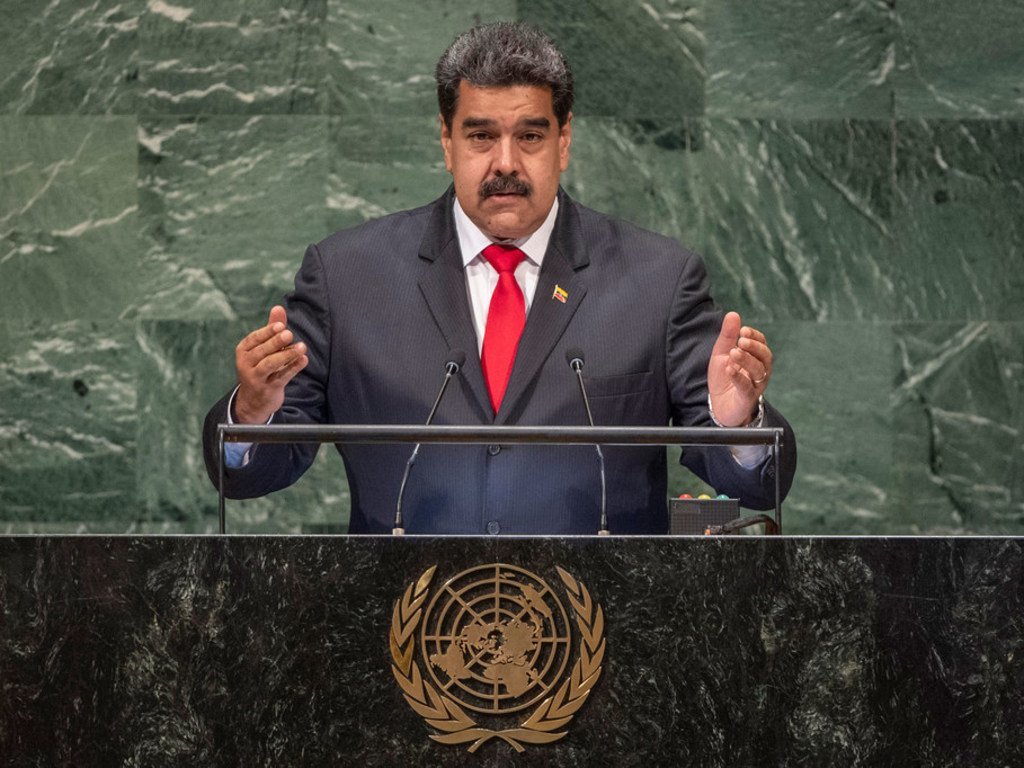 The people of Venezuela are being harassed and attacked in the economic, political, diplomatic spheres, and facing “permanent aggression by the media” at the hands of the United States, President Nicolás Maduro told the United Nations General Assembly on Wednesday.

“The oligarchies of the continent – and those who rule them from Washington – want political control of Venezuela,” he said to world leaders gathered for the Assembly’s annual general debate, where he pledged to “bring the truth” that “Venezuela is on its feet...and will never come to its knees.”

He decried shameful actions against his country, which he said amounted to a “diplomatic offensive,” recalling that yesterday United States President Donald Trump had used his United Nations address to invoke a doctrine that imposed the rule of the United States from 200 years ago, that intervention is possible and that he can be judge and policeman of the world.

Describing the Monroe Doctrine as an “imperialist expression of ownership of the Americas,” he said “our people rose against it because we wanted freedom and equality”, but that the United States wanted to continue giving orders to the world in the twenty-first century as it did in the preceding one.

He said the aggression against his county had been driven by the fact that Venezuela “has raised an autonomous project of democratic revolution, of social claim and of building a new model of society based on the historical roots of the nation.” The country was also under threat for geopolitical reasons, as it was known to have the “largest oil reserves in the world”, as well as substantial natural gas reserves and gold.

The US was behind a constant media campaign negatively targeting his country, suggesting the need for possible military intervention “supposedly to prevent a humanitarian crisis.”

Mr. Maduro denounced such attempts by the US Government and its “satellite allies in Latin America,” which were nothing but a ploy for the US “to get its hands on our country.” This had led to the “fabrication of a migration crisis,” in Venezuela which was actually a total media invention.

“If you want to look at real migration crisis, look at the situation in Central America and Mexico, where there is talk of building a wall against our people,” he continued, adding that “double standards were being imposed because focus should be on the situation at the border with Mexico where families were being separated.

It was time to expose “Washington’s tricks,” Mr. Maduro said, citing a recent New York Times article which laid out US plans to bring about regime change in his country. Regardless, Venezuela had been able to prevent “all coups, violence and military offensives.”

A 4 August terrorist drone assassination attempt against him in Caracas was prepared and funded from the territory of the US, he said, noting that Venezuela’s investigations had revealed that some diplomats from Latin American and Caribbean countries had assisted in the attack. He called for the establishment by the UN of a rapporteur to carry out an independent investigation into the incident.

Yet, even against such a distrubing background, when he had heard Mr. Trump said he was “worried about Venezuela,” Mr. Maduro stated that he was willing to "reach out his hand"... talk, with an “open schedule” about any issues that the US Government wanted to discuss.

President Maduro promised to do “with humility…and with sincerity in spite of the immense historical, ideological and social differences “that separate both countries, since Venezuela hoists the flag of the dialogue of civilizations”. Venezuela was peaceful and friendly and appreciates the culture, art and social life of the United States, but it was against the “imperialists in Washington”.