©FAO/Eddie Gerald
An infant previously treated for malnutrition at the Nutrition Rehabilitation Unit (NRU) at the Kankao Health Centre in the Balaka District returning to be weighed.
11 September 2018
Economic Development

With food deprivation on the rise due to conflict and climate change, more people went hungry in 2017 than at any time in the previous decade, according to the latest edition of the UN’s annual multi-agency flagship report on the State of Food Security and Nutrition in the World.

The report estimates that the number of undernourished globally, increased to 821 million in 2017; meaning that one in every nine people, does not have enough to eat.

It was published on Tuesday by the Food and Agriculture Organization (FAO), the International Fund for Agricultural Development (IFAD), the World Food Programme (WFP), the UN Children's Fund (UNICEF) and World Health Organization (WHO). 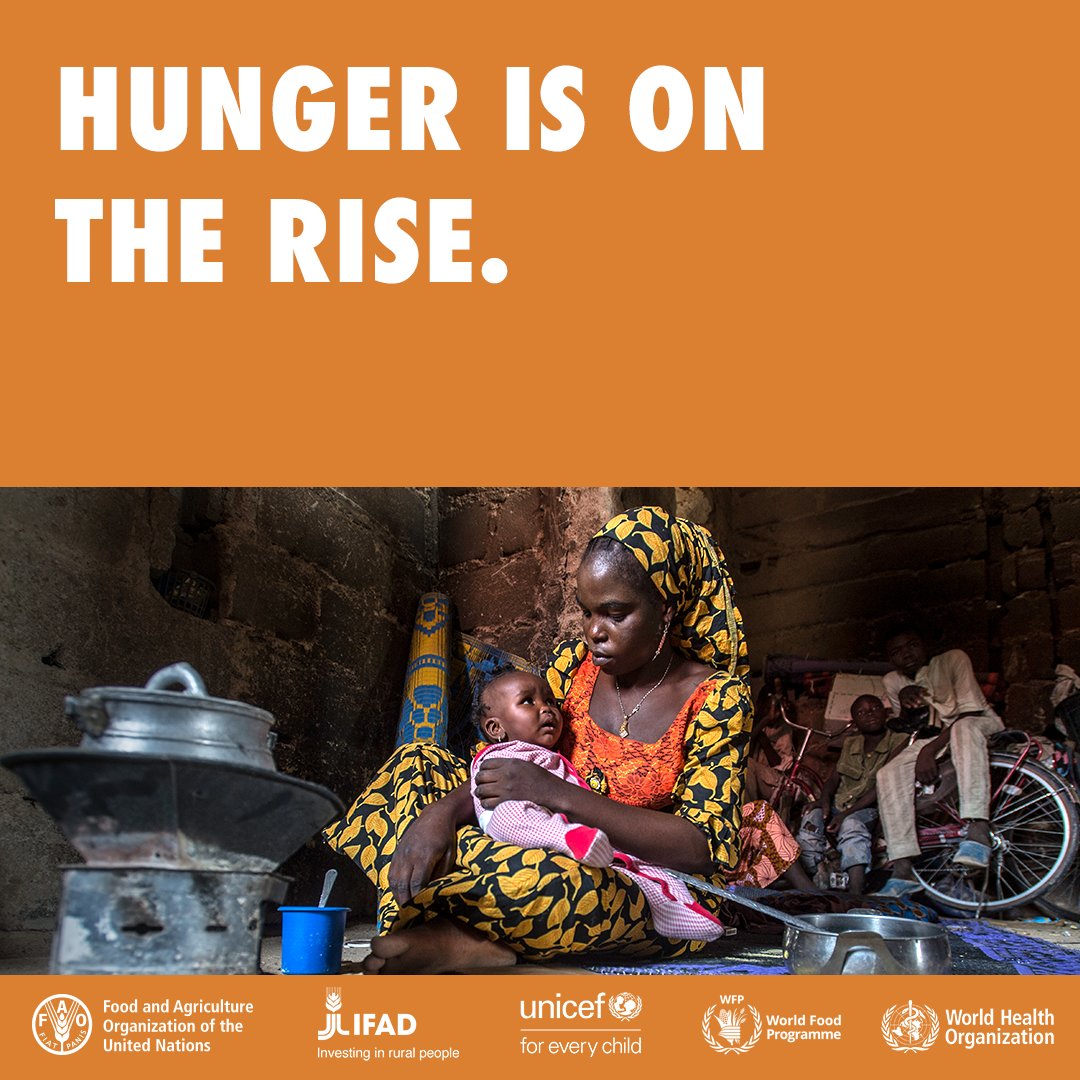 “We now have three years of global hunger or chronic deprivation”, Cindy Holleman, Senior Economist at FAO, told UN News in an interview on Tuesday. “Many governments and organisations had made a lot of achievements in reducing hunger and it had been falling for 10-15 years,” she said, adding that “the levels of hunger are now where they were, almost a decade ago.”

Noting that “this is an alarming signal,” she explained that the increase is mostly due to three drivers across the world: the intensification of conflict, an economic downturn and the effects of climate change.

The report emphasizes that climate variability and extremes are already undermining food production in some regions and, if action to mitigate disaster risk reduction and preparedness is not taken, the situation will only get worse as temperatures are expected to continue to rise and become more extreme.

“We must also keep in mind that the underlying factors or causes of hunger are also poverty, and inequalities and marginalization”, Ms. Holleman added, stressing that, as the world works to achieve Zero Hunger by 2030 as part of the Sustainable Development Goals, addressing these root causes will be as critical as implementing peace and climate resilience initiatives.

Regarding adult obesity, the report highlights that the situation is also getting worse. More than one in eight adults in the world is now endangering their health from being overweight; or more than 672 million.