Agricultural workers have the hardest time accessing food for themselves, and are often excluded from national labour and social protection frameworks, a United Nations independent human rights expert said on Tuesday.

“Agricultural workers, including women, children and migrants and plantation workers, are increasingly faced with low wages, part-time work, informality, and a lack of social and economic protections,” said Hilal Elver, the UN Special Rapporteur on the right to food, as she presented her annual report to the UN General Assembly’s Third Committee.

Agricultural workers make up approximately one third of the world’s workforce - over a billion people - and often work in industrialized food systems which focus on increasing food production and maximizing profitability, at the expense of workers.

According to the Rapporteur, more than 170,000 agricultural workers are killed doing their jobs every year; the risk of a fatal accident is twice as high in food production than in other sector.

Those working on farms or plantations, face “regular exposure pesticides and to long hours spent in extreme temperatures without adequate access to water,” said Ms. Elver, and migrant workers are particularly vulnerable as they face “more severe economic exploitation and social exclusion than other agricultural workers” and “lack the fundamental protections otherwise extended to citizens”.

The human rights expert noted that “employers are more likely to consider migrant workers as a disposable, low-wage workforce, silenced without rights to bargain collectively for improved wages and working conditions.”

Children are also extremely vulnerable: about 108 million of them face the same dangers through agricultural work due to insufficient risk-prevention and lack of control measures. More than two thirds of the child labour workforce employed in the broader agricultural sector.

The human rights expert urged governments to take action “to ensure that the people who produce our food do not go hungry, and that their fundamental rights are fully respected.”

States bear the primary duty to respect, protect and fulfill the right to food of agricultural workers under international human rights law and to regulate the national and extraterritorial behaviours of the private sector.

“It is time for States to step up, and take swift and urgent action to hold accountable those who commit human rights violations against agricultural workers and to prevent further violations”, the expert concluded.

♦ Receive daily updates directly in your inbox - Subscribe here to a topic.
♦ Download the UN News app for your iOS or Android devices.
#ZeroHunger|human rights 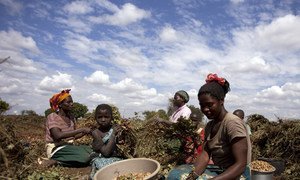 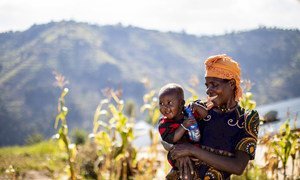