Currently, more than 815 million people do not have enough to eat. Some 155 million children under the age of five – 23 per cent – are chronically malnourished and stunted and may endure the effects of it for the rest of their lives. One in two infant deaths worldwide are caused by hunger.

"This is intolerable," said the Secretary-General. “Zero hunger is about joining forces,” he stated, as he called for “stronger political will and more financial support… until everyone has enough and quality food”.

Speakers at the global World Food Day ceremony in Rome echoed the UN chief’s call to action to governments, companies, institutions and individuals.

“People frequently ask me if I really believe that it is possible to eradicate hunger by 2030. My answer is yes, I do,” said José Graziano da Silva, the Director-General of the Food and Agriculture Organization (FAO), noting that his own country, Brazil, had been able to almost eliminate hunger in less than 10 years, from 11 per cent of the population in 2001, to about 2 per cent in 2010.

"The struggle against hunger urgently demands generous financing, the abolition of trade barriers and, above all, greater resilience in the face of climate change, economic crises and warfare," said Pope Francis in a message read on his behalf.

Since its very early years of existence, the UN has made tackling hunger and malnutrition one of its key priorities. Here are some of the ways the organization is contributing today to achieving zero hunger tomorrow: 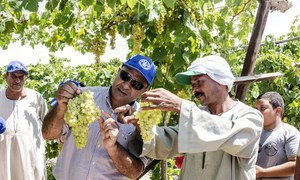 Eighty per cent of the farmland in sub-Saharan Africa and Asia is managed by smallholders (up to 10 hectares). For years, FAO has been providing them with training, improved seed supplies, agricultural tools and fertilizer to ensure higher yields.

One key project has been the roll-out of the farm business school (FBS), formerly called farm field school - a hands-on learning programme on the basics of farm business management, product commercialization, market awareness, and adaptation to climate change to increase resilience. 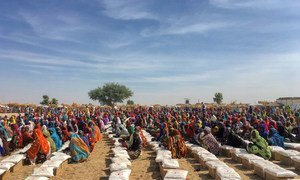 One way people can support directly this effort is through the Share The Meal smartphone application, which has already enabled over 27.3 million meals to be “shared” with just one click in the Middle East, Bangladesh, Haiti, South Sudan and the Lake Chad region. As smartphone users outnumber hungry children by 20 to 1, the UN believes this has the potential to make a real difference. 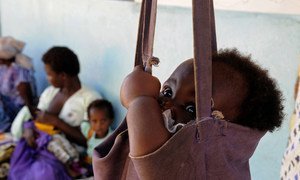 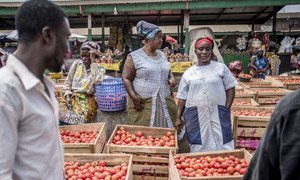 In delivering assistance, the UN is careful to ensure that local economies are supported and fueled whenever possible. WFP has pledged to source 10 per cent of its food purchases from small farms. In humanitarian crises, assistance in the form of electronic cash transfers and food vouchers is essential to kickstart local economies. In addition, by easily recording and tracking transactions, this improves transparency and eliminates food distribution and storage costs. 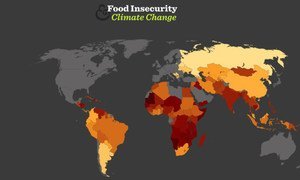 WFP’s Vulnerability Analysis and Mapping (VAM) enables the UN to monitor food security situations and market fluctuations in countries across the world. This supports decision-making for programmes world-wide. 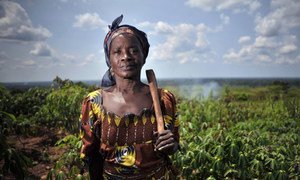 Women comprise an average of 43 per cent of the agricultural labour force of developing countries, and nearly 50 per cent in Eastern and Southeastern Asia and sub-Saharan Africa.

If women farmers had the same access to productive resources as men, they could increase yields on their farms by 20-30 percent, lifting 100-150 million people out of hunger. That is why the UN, across its various initiatives, places a particular emphasis on empowering rural women and girls, and providing skills training. 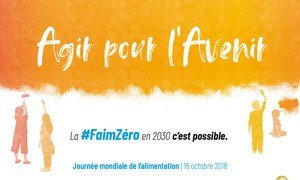 Achieving Zero Hunger is the second of the ambitious 17 Sustainable Development Goals (SDGs) adopted by 193 Member States in 2015. To meet the various targets by 2030, the UN is raising awareness with governments, the private sector, individuals and farmers.

“We know what needs to be done,” said FAO’s Graziano da Silva. “And we have to act now.”

You can listen to the entire speech  of José Graziano da Silva, FAO's Director-General, at the global World Food Day ceremony in Rome on Tuesday here:

♦ Receive daily updates directly in your inbox - Subscribe here to a topic.
♦ Download the UN News app for your iOS or Android devices.
#ZeroHunger|World Food Day