UN Photo/Amanda Voisard
Secretary-General-designate, António Guterres, addresses the General Assembly on the occasion of his appointment as the next Secretary-General of the United Nations.
13 October 2016

The General Assembly today appointed by acclamation the former Prime Minister of Portugal, António Guterres, as the next United Nations Secretary-General, to succeed Ban Ki-moon when he steps down on 31 December.

Adopting a consensus resolution put forward by its President, Peter Thomson, the Assembly acted on the recommendation on the UN Security Council, which on 6 October forwarded Mr. Guterres' name to the 193-member body as its nominee for UN Secretary-General for a five-year period, ending 31 December 2021.

Thanking the General Assembly for appointing him as the next Secretary-General, Mr. Guterres said he was grateful to the Member States for their trust in him as well as for the transparent and open selection process they undertook.

“I believe this process means that the true winner today is the credibility of the UN. And it also made very clear to me that, as Secretary-General, having been chosen by all Member States, I must be at the service of them all equally and with no agenda but the one enshrined in the UN Charter,” said Mr. Guterres.

He also underlined that alleviating the suffering of the vulnerable people, in particular the refugees and those in conflict zones, and gender equality would remain key priorities for him during his tenure.

Secretary-General-designate Guterres also reiterated his belief in the values of peace, justice, human dignity, tolerance and solidarity, as well as his belief that diversity is a “tremendous asset” and not a threat.

Mr. Guterres also applauded the work of the current Secretary-General Ban Ki-moon and said that he would try his “utmost to honour” Mr. Ban’s legacy.

Ten years to the day after his own appointment as Secretary-General, Mr. Ban said: “Secretary-General-elect Guterres is well known to all of us in the hall. But he is perhaps best known where it counts most: on the frontlines of armed conflict and humanitarian suffering,” referring to his time as head of the UN refugee agency.

Noting that he has long valued his advice, and long admired his spirit of service, Mr. Ban declared: “He is a wonderful choice to steer this Organization as we build on the progress of the past decade, while addressing the insecurity and uncertainties of today's world.”

Frederick Musiiwa Makamure Shava, President of the UN Economic and Social Council (ECOSOC), also congratulated Mr. Guterres on his election, saying that the Secretary-General-designate “is a strong humanitarian advocate and a successful leader,” and that he looks forward to working with him. 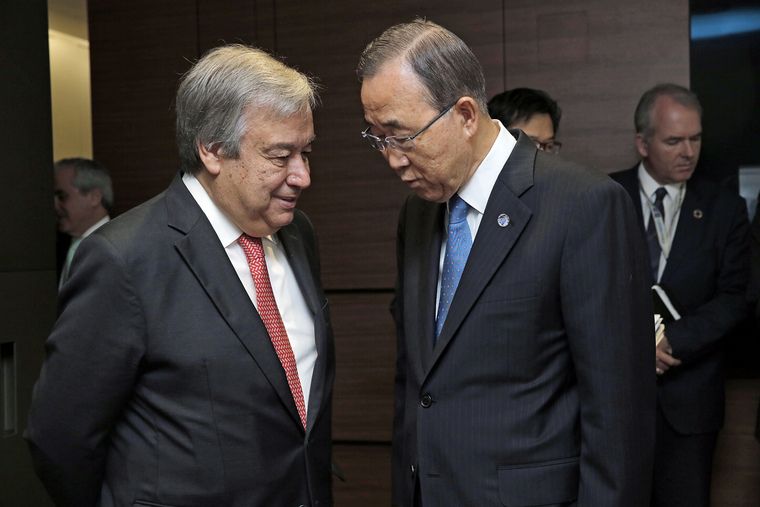 Secretary General Ban Ki-moon (right), is seen here with Secretary-General-designate António Guterres, just before the General Assembly meeting to appoint him by acclamation the next Secretary-General of the United Nations. UN Photo/Evan Schneider 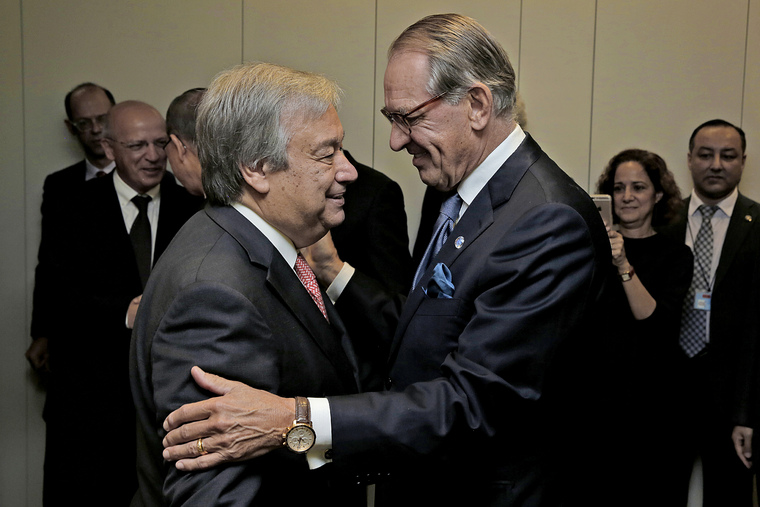 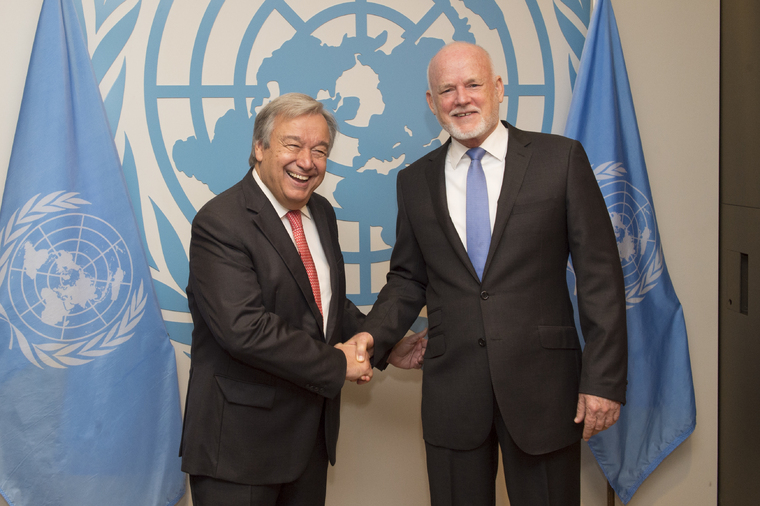 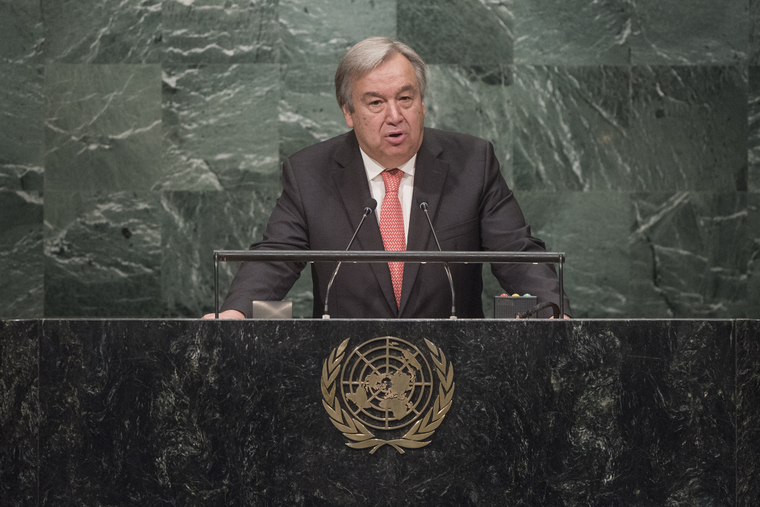 Secretary-General-designate António Guterres addresses the General Assembly meeting which appointed him by acclamation to be the next Secretary-General of the United Nations. UN Photo/Cia Pak

The Assembly's resolution also welcomed the historic process Member States set in motion late last year: the selection of a new United Nations Secretary-General, traditionally decided behind closed-doors by a few powerful countries, has for the first time in history, involved public discussions with each candidate campaigning for the world's top diplomatic post.

These so-called 'informal briefings' between the candidates, UN Member States and civil society representatives kicked off on 12 April, when the first three candidates presented their 'vision statements' and answered questions on how they would promote sustainable development, improve efforts to create peace, protect human rights, and deal with huge humanitarian catastrophes should they be selected to lead the Organization.

Mr. Ban also praised UN Member States for the selection process and emphasized that it “opened the [selection] process to the world.”

He further noted that the new steps taken this year established a new benchmark of openness and engagement.

The selection process included, for the first time in the history of the Organization, public hearings with the General Assembly where candidates presented their vision and responded to the questions fielded by the Member States. These informal hearings were also televised and webcast.

The process started off with a joint call from the Presidents of the General Assembly and the Security Council formally soliciting candidates and from the outset, acknowledged the importance of geographic and gender balance in senior posts.

For his part, Assembly President Thomson highlighted that the selection process underscored the principles of transparency and inclusivity.

“It was a process that specifically sought out candidates who embody a firm commitment to the purposes and principles of the [UN] Charter; who exemplify the highest standards of efficiency, competence, and integrity; and who have proven leadership and managerial abilities, extensive experience in international relations, and strong diplomatic, communication and multilingual skills,” said Mr. Thomson in his remarks.

“I am confident that Mr. Guterres will serve the global community with dedication, as a moral authority, and be the voice of our collective conscience and humanity, throughout his term,” he added.

Assuring the Secretary-General-designate of his full support throughout the present session of the General Assembly, the body’s President stressed that he would do everything within his power to facilitate a smooth transition.

In this context, Mr. Guterres will be participating in a meeting called by President Thomson, on 19 October, to discuss with the General Assembly the critical, priority and emerging issues for the global Organization.

The Security Council today formally chose the former Prime Minister of Portugal, António Guterres, as its nominee to be the next Secretary-General of the United Nations for a five-year term when incumbent Ban Ki-moon steps down on 31 December.