IFAD
Pepper crops were developed to adapt to a hot climate, sandy soil and little water in the village of Launi, Niger.

8 November 2013
With diplomats set to gather in Warsaw next week to pick up negotiations on a binding climate deal, the International Fund for Agricultural Development (IFAD) stressed today that small farmers in developing countries must have a greater role in the talks as they are the most vulnerable to the impacts of climate change.

The deal, the agency underscored, should recognize the impacts of climate change on the rural poor and vulnerable groups, and should commit financial support for mitigation and adaptation in developing countries.

“Half-measures are not an option with climate change. Unless urgent action is taken, much of the progress towards the MDGs (Millennium Development Goals) will be reversed,” said Kanayo Nwanze, President of IFAD, underlining that “the rural poor, small and large farmers must be part of the solution.”

According to the UN specialized agency, both agriculture and forestry attribute to major greenhouse gas emissions. While there is tremendous potential for lower emissions, of particular significance are incentives to encourage, support and benefit smallholders to develop low carbon natural resource management.

IFAD also warns that 49 million more people will be at risk of hunger by 2020, and 132 million by 2050, meanwhile each one degree rise in temperature will cause a 25 per cent increase in food prices. In Africa, 75 to 250 million people will face water shortage by 2020.

Further, climate change makes poverty reduction more expensive and left unchecked will undermine achievements made to reach the global anti-poverty targets known as the MDGs. Therefore, IFAD urges climate negotiators to move beyond their differences and agree an ambitious deal in Warsaw.

“We must now assess climate risks across landscapes and value chains before making investment and policy decisions. This can no longer be ignored," emphasized Mr. Nwanze.

IFAD suggested a fair and trustworthy deal to limit the rise in temperature to less than 2 degrees, to galvanize advances in sustainable and environmentally-friendly agriculture.

“IFAD stands ready to do more to support an ambitious outcome from the UNFCCC in Warsaw,” Mr. Nwanze added.

A specialized UN agency, IFAD was established as an international financial institution in 1977 to enable poor rural people to improve their food and nutrition security, increase their incomes and strengthen their resilience. 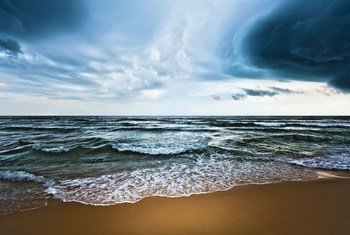 6 November 2013
The amount of greenhouse gases in the atmosphere reached a record high in 2012, continuing an upward trend which is driving climate change and which will shape the future of the planet for hundreds and thousands of years, according to the United Nations World Meteorological Organization (WMO).