28 March 2013
Conflict-related sexual violence is one of the most urgent challenges facing the Democratic Republic of the Congo (DRC), a senior United Nations official says, stressing that leadership and responsibility on the part of the Government is critical to tackling this issue.

“Only the Congolese people, with the support of the international community, can change the current situation and create a new narrative for the DRC,” the Secretary-General’s Special Representative on Sexual Violence in Conflict, Zainab Hawa Bangura, said during her visit to the country.

This was the first visit to DRC for Ms. Bangura in her role as the Special Representative. “I am here to listen and to learn. As an African woman from a post-conflict country – Sierra Leone – I recognize the many challenges currently facing the Congo.

“Conflict-related sexual violence is one of the most urgent ones. It is important to remember that it is not only a UN issue, however, but one which requires the leadership, ownership, and responsibility of the Government of the DRC,” she stated.

Ms. Bangura met in the capital, Kinshasa, with the Foreign Secretary of the United Kingdom, William Hague, and hosted a roundtable with the Minister of Gender, Members of Parliament and representatives of civil society to discuss the problem of impunity for perpetrators of sexual violence.

“I am grateful and happy for the support of the UK and the leadership of Foreign Secretary William Hague on this issue, and am looking forward to the day when the only place we will read about sexual violence in conflict will be in the history books,” said Ms. Bangura.

The joint event continues the UK’s campaign to prevent conflict-zone rape and other forms of sexual violence, in close cooperation with the UN and its Team of Experts on the Rule of Law/Sexual Violence in Conflict, which Ms. Bangura has made available to support the DRC Government’s efforts, ahead of the annual meeting of the Group of Eight (G8) most industrialized countries in London.

Mr. Hague noted that the women and children of the DRC have suffered from rape and sexual violence on an unimaginable scale for decades.

“Here as in many other conflict areas in the world, the perpetrators of rape walk free and the cycle of injustice and conflict is repeated. We have to shatter this culture of impunity and we need a lasting solution to the conflict,” he stated.

“It is time for real, meaningful action by the Congolese Government and the governments of the world to say that the use of rape as a weapon of war is unacceptable, to bring perpetrators to justice and to lift the stigma from survivors.”

In a related development, the UN peacekeeping mission in DRC (MONUSCO) has been following up with the Congolese authorities on the matter of rapes in the eastern town of Minova.

Investigations conducted by MONUSCO in Minova and surrounding villages found that two units of the Congolese armed forces (FARDC) engaged in mass rapes and other human violations in late November 2012.

Earlier this week, Roger Meece, the Secretary-General’s Special Representative and head of MONUSCO, handed over a letter to the country’s Vice Prime Minister and the Minister of Defense informing the Government that MONUSCO would terminate support to the two battalions involved in the Minova rapes within seven days if no appropriate action is taken immediately. 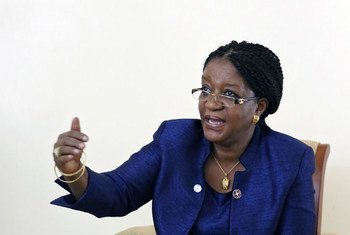