7 December 2012
Food insecurity in Africa’s volatile Sahel region is closely linked to peace and stability there, the head of the United Nations Food and Agriculture Organization (FAO) warned today, adding that short-term humanitarian efforts in the Sahel needed to be replaced with longer-term development.

Addressing a meeting at the FAO headquarters in Rome – attended by the UN Secretary-General’s Special Envoy on the Sahel, Romano Prodi, and other senior UN officials and mediators dealing directly with the Sahel crisis – FAO’s Director-General, José Graziano da Silva, noted that the relation between food insecurity, hunger and the dispute over natural resources and conflicts was particularly evident in the Sahel.

“There is a clear linkage between hunger and conflict; food security and peace in Africa,” Mr. Graziano da Silva stated in a news release. “Investing in food security in the Sahel is also an investment in a peaceful and more stable future.”

The western part of the Sahel region, which stretches from the Atlantic Ocean to the Red Sea, and includes Chad, Mali, Mauritania, Niger, and parts of Sudan, Cameroon and Nigeria, is currently facing a swathe of problems, which are not only political but also involve security, humanitarian resilience and human rights.

“It is essential to step up support and also combine short-term humanitarian responses with longer-term development actions,” the FAO Director-General said.

“We need to make livelihoods more resilient. And we need to ensure that our interventions in different areas – food security and nutrition, agriculture, health, education and security – are as integrated as possible,” he continued, adding that the FAO was committed to working more closely with Mr. Prodi and African leaders to promote the Sahel’s sustainable development.

Since his appointment, Mr. Prodi has travelled to a number of cities for meetings with government officials, including in the Malian capital, Bamako, as well as in Ethiopia, Egypt and Algeria, as part of his effort to focus on the security situation in Mali but also on humanitarian aid and development issues.

Mr. Prodi, who described the Rome meeting as “productive,” similarly emphasized the need for consistent development across the African region in order to stave off the looming threat of insecurity.

“The Special Envoys and mediators expressed a unique convergence of views and underlined the need to work together in support of the countries of the Sahel and Mali in their efforts to stabilize the region towards long term development,” the Special Envoy said in a statement.

Referring to his recent trip to Niger, Mr. Graziano da Silva voiced optimism that coordinated efforts could ultimately bring an end to hunger in the Sahel.

“What I saw was encouraging,” he stated. “It convinced me that there is hope; that there is political will to reverse the negative trends leading to food insecurity in the region.” 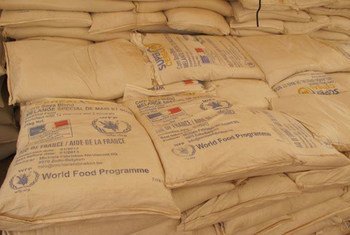 19 October 2012
The United Nations humanitarian food agency today announced it was intervening in eight regions of Mali with food assistance as part of the world body’s overall efforts to fight the growing humanitarian crisis there.