WFP/Rehan Zahid
These orphaned children received food from WFP after a humanitarian mission arrived in the town of Pibor in South Sudan's Jonglei state on 3 January 2012.

13 January 2012
A number of health facilities in South Sudan’s troubled state of Jonglei were damaged and subsequently closed following inter-ethnic clashes in the area in recent weeks, the United Nations World Health Organization (WHO) reported today.

Some of the affected health facilities are situated in the towns of Pibor, Lekuangole and Gumruk, and were run by the medical charity Médecins Sans Frontières (MSF), the WHO spokesperson in Geneva, Tarik Jasarevic, told reporters. Equipment and supplies were also vandalized, he added.

The national health staff working in the affected areas fled along with the rest of the population, while the international staff were evacuated, disrupting routine health services, including children’s immunization, antenatal and delivery services for women and access to medicines for those with chronic illnesses.

Some 208 patients were evacuated by air between Christmas Day and 11 January, and almost all of them were taken to the Teaching Hospital in the capital, Juba. Three were taken to the hospital in Malakal and one to Bor. Most of them had gunshot wounds, Mr. Jasarevic said.

South Sudan’s health ministry was forced to send more personnel and supplies to the hospitals that received the evacuated patients, while WHO provided medical and non-medical supplies to Juba Teaching Hospital in a bid to restore basic services, scale up surgical capacity and prevent outbreaks of communicable diseases.

MSF has already started reconstructing the health centre in Pibor town and plans to set up mobile health clinics in the other affected areas.

Deadly clashes between the Lou Nuer and Murle communities in Jonglei in recent weeks have displaced tens of thousands of people and prompted UN agencies and partner organizations to launch a major humanitarian operation to assist those affected.

Peacekeepers serving with the UN Mission in South Sudan (UNMISS) have also been deployed to the area to support the efforts of Government forces to restore peace and security.

In a related development, Secretary-General Ban Ki-moon has appointed Mr. Raisedon Zenenga as Deputy Special Representative (Political) for UNMISS. The Zimbabwean national brings over 28 years of service in the UN, government and diplomatic positions, including more than 10 years at the management level in complex UN peacekeeping operations. 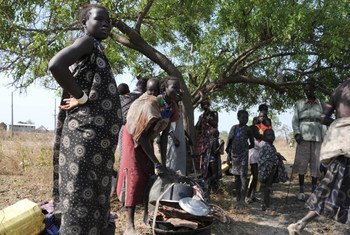 10 January 2012
Security Council members have called on warring ethnic communities in South Sudan's Jonglei state to engage in reconciliation and end the “cycle of conflict” that has claimed an unknown number of casualties in recent weeks.