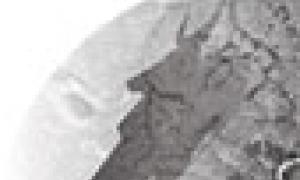 “Livestock are one of the most significant contributors to today’s most serious environmental problems,” senior UN Food and Agriculture Organization (FAO) official Henning Steinfeld said. “Urgent action is required to remedy the situation.”

Cattle-rearing is also a major source of land and water degradation, according to the FAO report, Livestock’s Long Shadow–Environmental Issues and Options, of which Mr. Steinfeld is the senior author.

“The environmental costs per unit of livestock production must be cut by one half, just to avoid the level of damage worsening beyond its present level,” it warns.

When emissions from land use and land use change are included, the livestock sector accounts for 9 per cent of CO2 deriving from human-related activities, but produces a much larger share of even more harmful greenhouse gases. It generates 65 per cent of human-related nitrous oxide, which has 296 times the Global Warming Potential (GWP) of CO2. Most of this comes from manure.

And it accounts for respectively 37 per cent of all human-induced methane (23 times as warming as CO2), which is largely produced by the digestive system of ruminants, and 64 per cent of ammonia, which contributes significantly to acid rain.

With increased prosperity, people are consuming more meat and dairy products every year, the report notes. Global meat production is projected to more than double from 229 million tonnes in 1999/2001 to 465 million tonnes in 2050, while milk output is set to climb from 580 to 1043 million tonnes.

The global livestock sector is growing faster than any other agricultural sub-sector. It provides livelihoods to about 1.3 billion people and contributes about 40 per cent to global agricultural output. For many poor farmers in developing countries livestock are also a source of renewable energy for draft and an essential source of organic fertilizer for their crops.

Livestock now use 30 per cent of the earth’s entire land surface, mostly permanent pasture but also including 33 per cent of the global arable land used to producing feed for livestock, the report notes. As forests are cleared to create new pastures, it is a major driver of deforestation, especially in Latin America where, for example, some 70 per cent of former forests in the Amazon have been turned over to grazing.

At the same time herds cause wide-scale land degradation, with about 20 per cent of pastures considered degraded through overgrazing, compaction and erosion. This figure is even higher in the drylands where inappropriate policies and inadequate livestock management contribute to advancing desertification.

The livestock business is among the most damaging sectors to the earth’s increasingly scarce water resources, contributing among other things to water pollution from animal wastes, antibiotics and hormones, chemicals from tanneries, fertilizers and the pesticides used to spray feed crops.

Beyond improving animal diets, proposed remedies to the multiple problems include soil conservation methods together with controlled livestock exclusion from sensitive areas; setting up biogas plant initiatives to recycle manure; improving efficiency of irrigation systems; and introducing full-cost pricing for water together with taxes to discourage large-scale livestock concentration close to cities.

♦ Receive daily updates directly in your inbox - Subscribe here to a topic.
♦ Download the UN News app for your iOS or Android devices.
global warming