The vital role of Syrian women in resolving bitter conflicts

© UNICEF/Delil Souleiman
UNICEF-supported volunteers speak with a family about preventive measures to stem the spread of COVID-19 in Hassakeh, Syria.

The vital role of Syrian women in resolving bitter conflicts

Throughout Syria’s civil war, women have risked their security to mediate the various conflicts that have affected their communities. Since international efforts to end the fighting have stalled, their role has grown in importance.

The protracted fighting has taken countless lives, displaced millions in and outside the country and left much of the country’s infrastructure in tatters. The failure of international efforts to make much progress has been ascribed to the lack of understanding amongst formal mediators of the situation on the ground in local communities.

This is where Syrian women come to the fore. Most women involved in local mediation have some connection to the dispute, and are perceived as trustworthy and credible by the disputing parties. As “insider mediators”, they demonstrate two consistent strengths: the ability to build or leverage relationships, and the possession of detailed knowledge on the conflict and its parties.

An example of this strength came early in the war, in the Zabadani district, northwest of Damascus. As the district began to fall under the control of opposition forces, it was besieged by the government. The authorities demanded that men hand over weapons and surrender, which meant that only women could move safely across the lines of control.

A reversal of roles

Whilst, before the war, Zabadani women were usually expected to focus on responsibilities inside the home, the new restrictions and risks suddenly faced by men made it acceptable—and even necessary—for women to get involved in negotiations with government forces.

Quickly stepping into this newfound role, a group of women in Zabadani gathered and initiated a mediation process with the besieging forces in order to negotiate an end to the siege as well as a potential ceasefire.

“Most of these women became involved because their husbands were implicated with the opposition forces and were wanted by the government,” says Sameh Awad,* a peacebuilding expert familiar with the case. “The women themselves were mostly housewives and did not have any formal role in the community, but they gained their significance because they wanted to protect their husbands”.

Although the ceasefire later collapsed, doe to the changing political context, the women were, for a period of time, able to ensure that civilians were protected and evacuated.

In another example, in the northwestern city of Idlib, informal groups of women were able to save the lives of a group of detainees. After hearing a rumour that they were about to be killed by soldiers, a group of female teachers worked to convince a wider group of women, including the detainees’ mothers, to approach the headquarters of the battalion leader. The encounter ended with the faction leader agreeing to speak with the military council and, a month later, the detainees were released as part of an exchange deal.

Syrian women have also led mediation efforts with government forces to address security issues and service provision in areas formerly under opposition control. “The government insisted that men needed to complete military service, and this made many young men afraid to emerge in the public sphere,” explained MS. Awad. “So, women were involved in going out and exploring to what extent the discussions with the new authorities in the area were possible. During these negotiations, they discussed early recovery in their areas.” 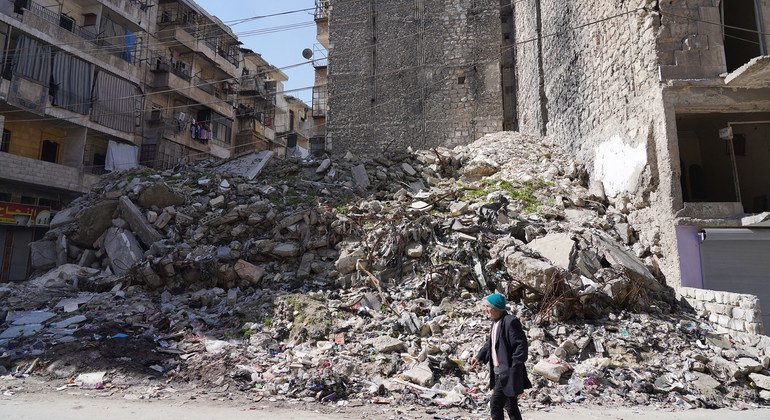 Several years after the start of the conflict, Mobaderoon, a women-led civil society organisation in Damascus, noted an increase in localized violence towards internally displaced persons (IDPs) who had arrived in the capital. To address this violence, the organisation formed local committees made up of community and local government leaders, other influential community members such as teachers and civil society activists, and ordinary residents. They established neutral spaces where people could meet and discuss issues affecting their neighbourhoods, and where they could build their confidence and skills to address these issues.

“Because of the war and the influx of IDPs there were no services, or not enough services,” says Farah Hasan*, a member of Mobaderoon. “Local youth accused the IDPs of being responsible for the war, because they originated from areas under opposition control, and they carried out violent attacks against them in nearby camps.”

This violence was creating substantial instability in the area, so the head of Tartus met with influential community members and local business actors, to convince them that the IDP camp should be integrated as a part of the community, so that IDPs could participate in the local economy.

Attitudes slowly changed, and the targeted neighbourhoods in Tartus witnessed notable differences in the treatment of IDPs: they reported less harassment and violence from host community members, greater acceptance of their children in schools, and more economic opportunities.

Find out more about the ways that women are involved in peace and security issues here.