© UNICEF/Hasan Belal
Eleven-year-old Aminah has lived through the devastating conflict in Syria, which killed her dad and eldest brother.

Only yesterday three children were reportedly killed by unexploded ordnance in Aleppo city, the statement said. Last year alone, nearly 900 children in Syria lost their lives or were injured, bringing the total number killed and injured, since the beginning of the war, to close to 13,000.

Landmines, explosive remnants of war and unexploded ordnance were the leading cause of those child casualties in 2021, leaving many with lifelong disabilities.

Since the fighting began after the brutal repression of mass protests in favour of political reform, violence, displacement, and lack of access to essential services, continue to obstruct children’s lives, UNICEF said

11 years of war in Syria – can it ever end? | United Nations

"Nearly five million children have been born in Syria since 2011. They have known nothing but war and conflict. In many parts of Syria, they continue to live in fear of violence, landmines, and explosive remnants of war," said UNICEF Syria Representative, Bo Viktor Nylund.

Highlighting the weight of war bearing down on Syrian children, UNICEF added that the crisis continued to leave psychological scars, with kids showing signs of distress including “anxiety, sadness, fatigue, or frequent trouble sleeping”.

Speaking of children with disabilities, Mr. Nylund said that all youngsters “have the right to be cared for and nurtured” and reiterated UNICEF’s commitment to support those children “without stigma, and wherever they are in the country”.

Although UNICEF doesn’t have accurate figures on those with disabilities, these usually carry a double burden when it comes to violence, hunger, safety and loss of education.

“We have a long road to go to help more children with disabilities and other children impacted by the war so they can reach their full potential and grow up protected from harm, healthy and educated,” said Mr. Nylund.

No child should know war, but for nearly 5 million children born in Syria since 2011, war is the only thing they know. An entire generation of children in Syria needs urgent support. They need protection and safety. And they need peace. https://t.co/etDAQOBofU

Across Syria, and in the neighbouring countries hosting an estimated 5.8 million children in need of assistance, UNICEF and partners continue to work to protect children, to help them cope with the impact of conflict.

This includes improving psychosocial support to help children and caregivers recover from trauma, as well as delivering life-saving support and services for children struggling physically and psychologically.

“I’m glad I can go to school again, have fun with my friends, and learn,” said 12-year-old Azzam. He lost his leg to the conflict and attends a UNICEF-supported school, promoting inclusive learning, in Al-Nashabieh, rural Damascus.

Azzam is also part of UNICEF’s integrated social protection programme which supports him and his family.

The Integrated Social Protection Programme for Children with Disabilities in Homs Governorate, which started in 2016, provides regular and unconditional cash transfers together with case management services for children living with severe disabilities. In 2021, it reached 11,639 children with disabilities. 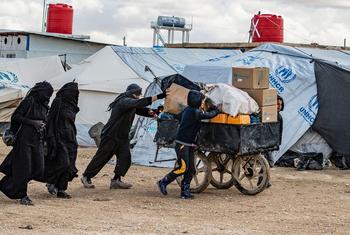 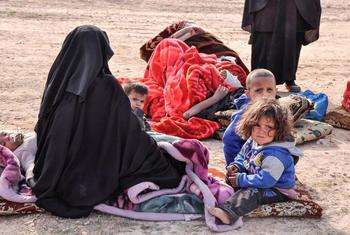