© UNICEF/Aaref Watad
Children rest beneath a tree in the Syrian Arab Republic. Their families have set up makeshift camps in Aqrabat village, 45km north of Idlib City, near the Turkish border.
24 December 2019
Peace and Security

“Deeply concerned” over a recent military escalation in northwest Syria, Secretary-General António Guterres called for an “immediate cessation of hostilities”.

In a statement issued on Monday night by his spokesperson, Stephane Dujarric, the UN chief expressed alarm over the scale of the military operation and reported attacks on evacuation routes as civilians try to flee north to safety.

“The Secretary-General reminds all parties of their obligations to protect civilians and ensure freedom of movement”, said Mr. Dujarric.

The military escalation has yielded dozens of civilian casualties and displaced 80,000 citizens, including 30,000 in the last week alone.

“Sustained, unimpeded and safe humanitarian access to civilians, including through the cross-border modality, must be guaranteed” to allow the UN and its humanitarian partners to continue to carry out their critical work in the country’s north, according to the statement.

More than 500 children were injured or killed in the first nine months of 2019 in northwest Syria.

At least 65 children have been killed or injured in the month of December alone.

The Secretary-General also reiterated that there is no military resolution to the Syrian conflict and that the only credible solution is a “UN-facilitated political process” pursuant to Security Council resolution 2254 of 2015, which calls for a ceasefire and a political settlement.

And speaking on behalf of children, the UN Children’s Fund (UNICEF) said on Tuesday that more than 500 were injured or killed in the first nine months of this year, and at least 65 have been killed or injured in December alone.

“Children are bearing the brunt” of the intensifying violence, said Ted Chaiban, UNICEF Regional Director for the Middle East and North Africa.

The upsurge in violence and displacement comes as temperatures around the region plummet, bringing flooding and freezing rain, and pushing thousands of families to flee north.

He flagged intensified violence in the densely populated areas of Ma’arat An-Nu’man, south of Idlib city, and noted that since 11 December, escalating fighting has displaced more than 130,000 people, including over 60,000 children, from southern Idlib, northern Hama and western Aleppo.

“These displacements are adding pressure on generous host communities and on overcrowded camps”, Mr. Chaiban continued. “Many families still have no shelter at all and are sleeping out in the open”.

Nine years into the war, children in Syria continue to experience unspeakable violence, trauma and distress. And those living in camps are exhausted from multiple displacements and being exposed to the cold, illness and, in extreme cases, death.

“Humanitarian access must be sustained to provide life-saving assistance to hundreds of thousands of children everywhere in the northwest and other parts of Syria”, spelled out the UN official.

Echoing the UN chief’s sentiment, UNICEF called on all parties to the conflict to “cease hostilities and put children first once and for all.”

Children must always be protected including in times of conflict – UNICEF

“Children must always be protected including in times of conflict. This is an obligation on all parties to the conflict - not a choice”, he concluded.

For its part, the UN Office for the Coordination of Humanitarian Affairs Humanitarian (OCHA) underscored that conditions have worsened for the four million women, children and men in north-west Syria, where clashes, shelling and air strikes have taken a devastating toll on people and critical civilian infrastructure.

“Entire towns and villages have been razed to the ground, while dozens of communities have been emptied”, according to OCHA. “Residents in Government-controlled areas have been affected with indiscriminate fire into their areas”.

And making matters even worse, as temperatures drop – some nights falling to zero and below – fuel shortages have emerged as a key challenge, compounded by heavy rains that increase protection, health and other risks.

♦ Receive daily updates directly in your inbox - Subscribe here to a topic.
♦ Download the UN News app for your iOS or Android devices.
syria|violence|Children 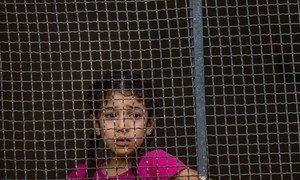 The second session of the Syrian Constitutional Committee, aiming to create a new post-war political road map for the country, failed to get off the ground due to lack of consensus over the agenda, the UN Special Envoy for the country told the Security Council on Friday. 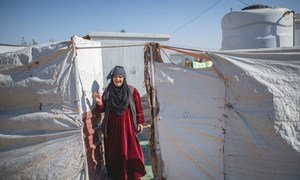 The humanitarian situation facing civilians in many parts of Syria is “worse than when the year began”, the UN deputy Emergency Relief Coordinator told the Security Council on Thursday.