For Mr. Xia, the main threat to peace and stability in this region around the Great Rift Valley, remains the persistence of non-State armed groups.

He pointed to “an upsurge in attacks”, whether by the Allied Democratic Forces (ADF) in eastern Democratic Republic of Congo (DRC), or those launched by the RED-Tabara against Bujumbura airport, in Burundi, last September.

Since the beginning of this year, in DRC alone, at least 1,043 civilians have been killed, including 233 women and 52 children. 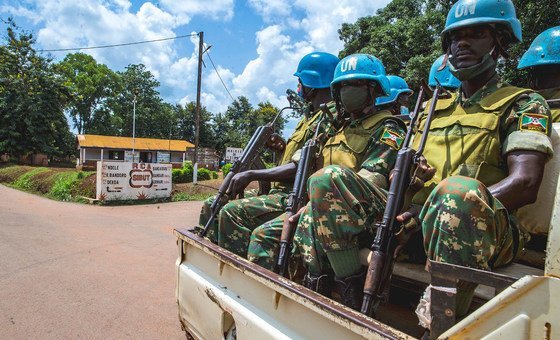 “This violence continues to have serious consequences on the already fragile humanitarian situation, as well as on the socio-economic stability of the affected area”, the Special Envoy said.

He told the Council Members that “these negative forces also remain involved in the illicit exploitation and trade in natural resources, the revenues of which finance their arms procurement and recruitment.”

“How to put an end to it?”, he asked. “This is obviously an old question that haunts anyone interested in the region.”

Despite the challenges, he highlighted several bilateral and regional initiatives, saying they “attest to the emergence of a community aware of the added value of dialogue and cooperation.”

He also noted the overall peaceful transfers of power in the DRC and Burundi, as well as the signing and implementation of peace agreements in the Central African Republic, South Sudan and the Sudan.

For him, more than ever, “it is necessary to sustainably consolidate these achievements while firmly addressing the challenges that persist.”

“The success of such an approach requires learning from the lessons of the past and showing imagination to support the people of the Great Lakes region in building a better present and future”, he added.

Turning to COVID-19, he said the pandemic has exacerbated vulnerabilities, but also demonstrated the resilience of the region.

Before the pandemic, 15 million people across the Great Lakes were already displaced from their homes, facing rising malnutrition and food insecurity.

Mr. Xia also reiterated the Secretary-General’s call for greater solidarity to facilitate access to vaccines and to strengthen health systems.

According to the World Health Organization (WHO), to date, only 36 million doses of the vaccine have been administered in a region of nearly 450 million people.

Ms. Pobee informed that the UN is reconfiguring its presence in the region to best address the challenges, highlighting a few areas where the Council’s support is most needed.

For her, the situation requires “a comprehensive approach rooted in enhanced political engagement, encompassing military and non-military interventions, fostering economic cooperation across the borders and building trust between neighbours and among communities.”

She also argued that “armed group activity is a symptom of insecurity in the region”, and therefore “the enabling conditions should be addressed upstream.”

Among those main root causes, she pointed out the illegal exploitation and regional trafficking of natural resources, saying it contributes to the financing of armed group networks but also “creates parallel economy at the expense of States’ budgets whose revenues continue to diminish.”

The Executive Secretary of the International Conference on the Great Lakes Region (ICGLR), João Caholo, and a civil society representative also briefed the Council. 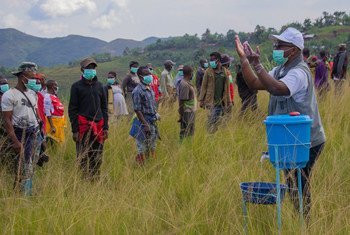 Despite the challenges of the COVID-19 pandemic, countries in Africa’s Great Lakes region are “on the right track”, with leaders pushing forward on political, security and economic cooperation, UN Special Envoy Huang Xia told the Security Council on Monday.